Welcome everybody to my constantly updating live blog where I’ll be giving my thoughts about picks throughout tonight’s first round of the NFL draft. All of the lovey eyes being made between prospects and teams. All of the subterfuge and personality testing. Everything is done. Tonight is where the rubber hits the road. Tonight is about changing teams through the draft and…..BAH GAWD THAT’S AARON RODGER’S MUSIC!

END_OF_DOCUMENT_TOKEN_TO_BE_REPLACED

As the Bears fritter away a 5-1 start and find themselves fading into mediocrity for another season, it’s worth looking at the biggest reason they are here right now. In 2017, the Bears famously didn’t bring in Deshaun Watson before the draft because they were so taken with the kind of man Mitch “kissing titties” Trubisky was. He drove an economical car! He was so polite and well spoken! There were a lot of superlatives used to talk about how great of a quarterback they thought Trubisky would be. And all of those words that were ejaculated out of the mouths of Ryan Pace, Ted Philips, and the rest of the Apple Dumpling Gang in Lake Forest, Illinois, turned out to be completely meaningless.

Mitch turned into the Derek Zoolander of professional quarterbacking. He couldn’t throw left. The truth was, throwing to his right and deep downfield weren’t strong suits of his, either. Matt Nagy, who is increasingly in over his head and quite possibly headed for unemployment after the season, doesn’t have a fix and instead of trying to find new voices to help Mitch and the Chicago Bears offense, instead filled his coaching staff with sycophants and yes men, which created a shield around him to protect him from his own terrible play calling. Any doubts about his ability should have been quieted after Nick Foles, who he pushed for because HE KNOWS THE SYSTEM!! went out and completely crapped the bed, his pants, and everyone’s pants around him.

END_OF_DOCUMENT_TOKEN_TO_BE_REPLACED 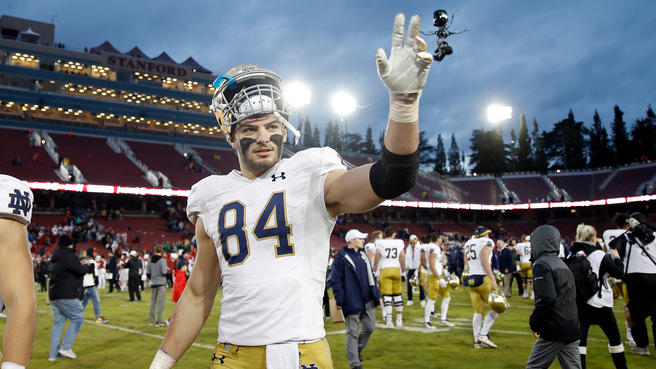 I feel like i’ve got to start this article with a disclaimer: I genuinely hope Cole Kmet becomes a great football player and ends up as a quicker version of fellow former Notre Dame tight end Kyle Rudolph. In fact, the future of Ryan Pace as the General Manager for the Bears will be partially dependent on his ability to become a productive NFL player. This article isn’t about whether I believe that Cole Kmet can become a top tier NFL Tight End.

Coming into night two of the NFL draft, there was a common refrain among experts: This is the deepest second round in 25 years. The talent level ran deep at several important positions, notably wide receiver and safety. The Bears were standing at number 43 with their first pick in the draft, having lost their first round pick in exchange for Khalil Mack last season. Among the main needs at the pick were wide receiver and safety, along with offensive line help and cornerbacks. As the second round began to shake out, a dream scenario was being laid out for Chicago. Two of the best safeties in the draft, Grant Delpit and Antoine Winfield Jr. were both becoming available. Delpit won the Thorpe Award in 2019 given to college football’s best secondary player. Winfield Jr. is a hard hitting safety who thrives on trying to blow up the box and tackle the running back behind the line of scrimmage.

END_OF_DOCUMENT_TOKEN_TO_BE_REPLACED Brandon Andreasen, 5:58 PM: I’m back everyone! I was planning on skipping tonight, and just hanging out, having a few drinks and watching the draft after a long day of work. For those keeping track, I was at work all night last night to cover for my supervisor having the day off. I left work at 10:45 PM last night, and then to cover my first shift supervisor, I was back at work at 4:45 AM this morning. Well guess what? My second shift supervisor didn’t come to work again today, so i’m in the back end of an 18 hour work day today, and coming to you live as I slowly lose my mind!

END_OF_DOCUMENT_TOKEN_TO_BE_REPLACED

Welcome everybody to the new frontier of the NFL, everyone! Tonight, we are standing on the edge of history, as a bunch of old white men are going to spend the next three days attempting to figure out technology and try and (in some cases) wildly fail to get out of their own way long enough to try not to screw up their entire draft via Zoom! Truly, we are looking at the halcyon days of sport! I’ll be here all night live blogging the draft, and just maybe i’ll have the help of some of my football friends to talk about it as well. Keep checking in all night!