By securing defeat in their final regular season game, along with some absolute god tier coaching by now former Houston Texans coach Lovie Smith, the Chicago Bears hold all of the proverbial chips in the NFL off-season, as they now have the first pick in the NFL draft to go along with 100+ million dollars in free agent money.

END_OF_DOCUMENT_TOKEN_TO_BE_REPLACED 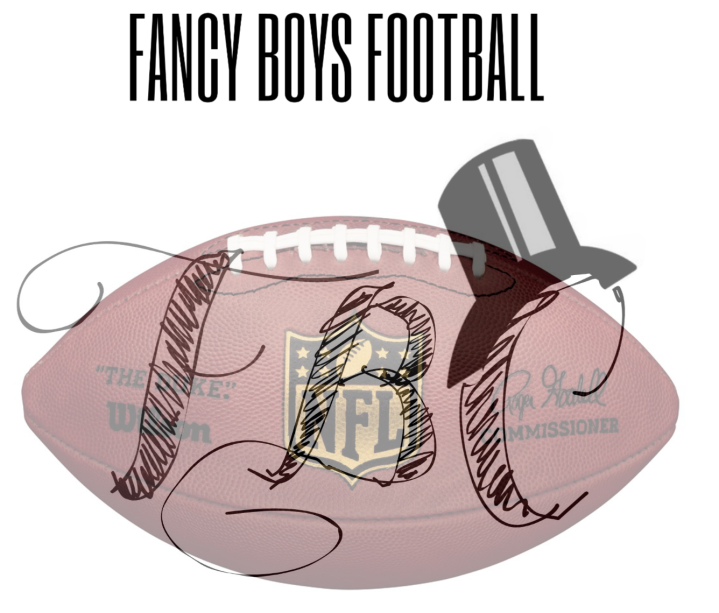 It seems like just yesterday that I lost interest in writing a weekly power ranking of NFL teams that you could find on literally any sports website (albeit less funny and witty). Then I blinked and suddenly the season is 75% done. If you are a Bears fan like me, the season was over the moment they chose to draft Kyler Gordon and Velus Jones over, you know, players with talent. If you are a Packers fan, your season didn’t end until Aaron Rodgers started acting like he had been shot every time someone touched him. If you are a fan of the Eagles, then your season is very much still alive.

Now that we are past Thanksgiving and headlong into the Mariah Carey soundtracked Christmas hellscape, it’s time to take a look at every team based on my patented Adam Gase Scale. For those that don’t remember, Gase is one of the worst coaches in NFL history, and managed to get hired by the Jets to be head coach even after he had been discovered to be a fraud. The more Adam Gases on the Adam Gase scale, the worse a team is.

END_OF_DOCUMENT_TOKEN_TO_BE_REPLACED

Week one of the NFL season is usually a high variant week because our impressions of teams are based on nothing more than assumptions, predictions, and results from a year ago. Even given that, week one of the NFL season this year was absolutely bonkers. From 2:30 PM-4:00 PM CST on Sunday is why Redzone exists. If you were watching, you saw the Browns win a game at the buzzer against the Panthers on a 55 yard field goal by a kicker in his first career game. Then you saw the Bengals and Steelers kickers lose their absolute minds and run a game down to the wire that should have ended no fewer than five times. Then the Saints went down field at the end of regulation to kick what should have been a game winning field goal, only to have Atlanta get into range in 15 seconds before the Saints blocked a game winning field goal attempt. Then you got to watch an absolute embarrassment between the Texans and the Colts. Then you got to watch Patrick Mahomes starting to absolutely and surgically ruin the Cardinals.

It’s going to be a fun season.

END_OF_DOCUMENT_TOKEN_TO_BE_REPLACED

Welcome back to the Fancy Boys Club Power Rankings! Let’s hope I don’t lose interest and I keep it up the entire season. We are less than two weeks until the NFL season and teams have survived the preseason without much in terms of major injuries, with the notable exception of the Baltimore Ravens mascot.

The 2022 season will start after one of the most unprecedented offseasons in league history. For those who weren’t keeping track, Aaron Rodgers did his yearly asshat routine before coming back to the Packers. The team showed their appreciation by trading Davante Adams to the Raiders. Abstinence advocate Russell Wilson was traded to a Broncos team that suddenly looks more dangerous with an NFL quarterback behind center. Massage enthusiast and noted sexual predator Deshaun Watson escaped Houston by being traded to one of the most morally bankrupt teams in a league full of them, then got suspended for 2/3 of the season. Tom Brady retired, definitely tried going to Miami until the hole they were digging themselves into got too deep, then returned to Tampa. The Chiefs sent Tyreke Hill to the Dolphins, and he proceeded to say a bunch of dumb things to the media. A year after trading multiple draft picks for Carson Wentz, every “well, actually” football fan’s favorite quarterback this side of Kirk Cousins, the Colts jettisoned him to Washington and traded for whatever is left of Matt Ryan. And the Eagles traded for AJ Brown so they can watch Jalen Hurts throw the ball way over his head on every ten yard out pattern.

END_OF_DOCUMENT_TOKEN_TO_BE_REPLACED 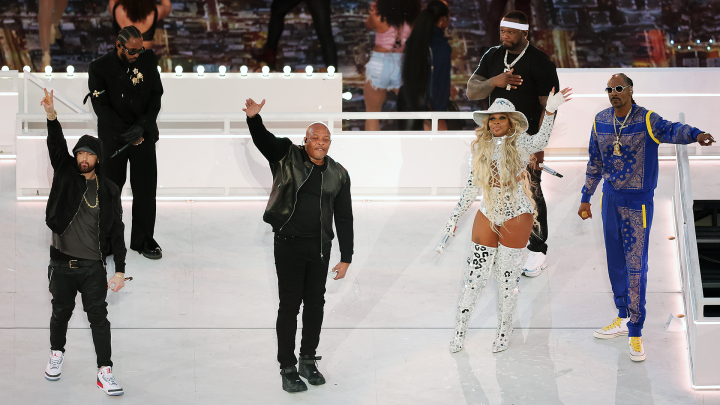 First off, let’s get the disappointments out of the way: there was no hologram Tupac on Sunday night.

END_OF_DOCUMENT_TOKEN_TO_BE_REPLACED

So it’s that time of the year. The biggest sporting event of the season is happening and your favorite team is long since eliminated from contention. The elimination could be heartbreaking (49ers/Chiefs) or predetermined by fate (Jaguars/Lions). Thirty fan bases are left out in the rain on February 13th. And the remaining fanbases?

Bengals fans have been so embarrassed by their team over the past three decades that they didn’t really claim their own existence until a month and a half ago.

The Rams….well, they don’t have fans. I can speak to this because I was in St. Louis over the weekend, when they beat the 49ers to go to the Super Bowl. The team, who existed in the STL until just a couple years ago, do not have many fans (more on this later). The team now exists in Los Angeles, which doesn’t give a damn about them.

Over 70 million people watch the Super Bowl each year. The vast majority of those people are not fans of the Bengals or Rams. Welcome to the Agnostic Football Fan Guide to Super Bowl LVI.

END_OF_DOCUMENT_TOKEN_TO_BE_REPLACED 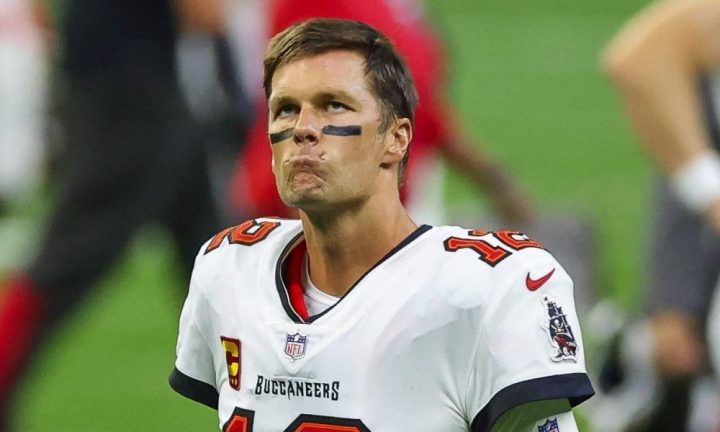 The sports world was saddened today as Tom Brady announced his retirement, assumably so he can continue what appears to be his true passion of making incredibly cheesy commercials for rental car companies. There is no way to understate Brady’s dominance of the NFL, and you could make the argument that he is not only the best quarterback in the history of the league, but also the best player.

However, I am not interested in comparing him to all QBs or every person to ever play in the NFL. I’m only curious in how Brady stacks up to one man.

END_OF_DOCUMENT_TOKEN_TO_BE_REPLACED 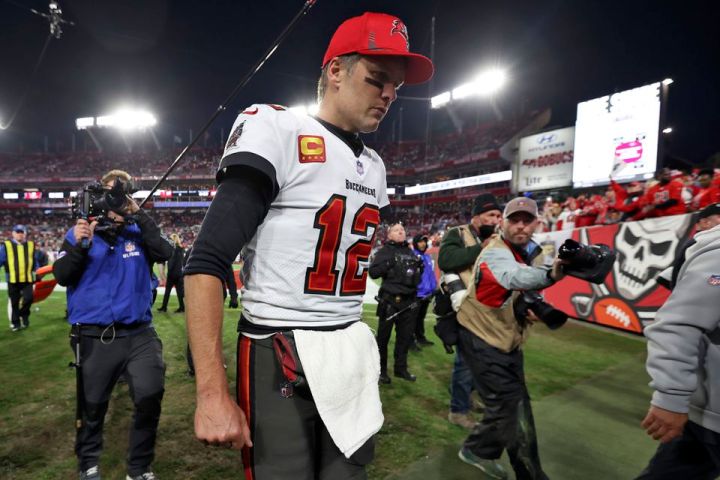 This weekend featured, if the internet is to be believed, the best week of playoff football, perhaps, ever. Multiple last-second finishes that had NFL twitter going insane and fans of teams getting happy drunk, sad drunk, or angry drunk, depending on who you were rooting for.

And while I do agree that Saturday’s Packers-49ers game was a very good game (though it made me sad for my mom, a diehard Packers fan), I didn’t see two good games on Sunday. I saw one bad game and one reason why football is flawed. And I know I’m not considered the NFL expert on this site, but perhaps that makes my everyman take something to consider.

Yesterday, the NFL done fucked up. So let’s stop pretending like it was good.

END_OF_DOCUMENT_TOKEN_TO_BE_REPLACED

BOOM! With crazy-ass Al Davis, getting a great coach and keeping them is pure luck. He rolled 7’s to get John Madden. Madden was first hired as the Raiders Linebacker Coach then two years later moved up to the head coaching position to become – at the time – the youngest head coach ever at 32. He lasted 9 seasons with Al Davis, and took the Raiders to a Super Bowl, winning Super Bowl XI against the hapless Vikings 32-14 (yes the Vikings are hapless. They are the Bills of the NFC: 4 trips and 0 trophies).