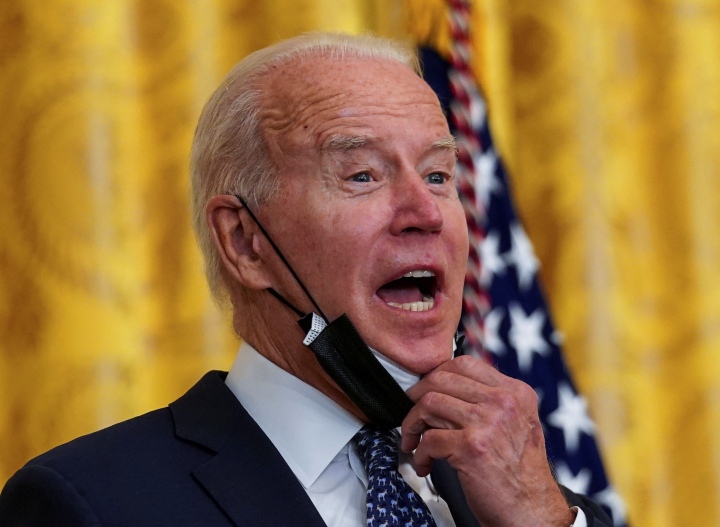 If your social media is anything like mine, the last half week has been filled with people angry at President Biden’s announced vaccine mandate. To summarize in case you haven’t picked up the internet: if your business has over 100 employees, they all have to be vaccinated or tested weekly or your business could suffer financial penalties.

“Tyranny,” some have cried out. “This is pure madness by a government gone wrong!” Granted, most of those people have been big gaping sacks of dumb, but they have a voice and we should consider what they’re saying. After all, we have to accept that there are people who just aren’t going to get vaccinated.

Not only that, but there’s good news: those same dummies crying “Tyranny!” are the same numbskulls who are going to fix another one of our nation’s current problems. I’ve figured it all out.

Before I get into my solution for those who do not want to adhere to the Biden vaccine mandate, we need to talk about fast food jobs.

The other thing I’ve seen, and I’m sure you have as well, are businesses struggling to find employees. A lot of these places are fast food restaurants and local eateries; places that in the past have not minded paying people an insanely low wage while relegating their hours to part time status so they don’t have to pay benefits. Fortunately, I’ve been reading a lot of GOP talking points, and they all know who to blame: the workers.

How dare these workers, some of whom were collecting unemployment benefits, not want to work in subhuman conditions for a substandard minimum wage? Don’t these people know that Charlie Kirk needs his Sausage McMuffins? Conservatives, many of who are currently upset with the vaccine mandate, decided that it wasn’t important to attempt to raise the minimum wage so people would be able to pay their rent doing these jobs. No, instead they decided that it was much more important to shame the workers, calling them lazy and freeloaders, even though we all know that fast food workers put in more of an effort than professional athletes while the people complaining about them are just sitting in basements hoping MAGA twitter will retweet them.

There has to be a way to reconcile the loathing for a vaccine mandate while complaining about the lack of food service employees. And, of course there is.

And I think you know where I’m going with this.

Ok, here we go: Angry that your employer may be requiring you to get a vaccine or weekly testing? The answer is so simple, I’m surprised you haven’t thought of it already.

Why live in Biden tyranny when you can be free to set out for yourself? There is a world out there waiting to see what you can accomplish. And, I know that we all need money to survive in the world (yay, capitalism!), so you just can’t quit your job without having a backup plan. Fortunately, I have also created that plan for you: all you need to do is get a job at a fast food restaurant.

It’s genius. None of those places have over 100 employees (this is assuming that the vaccine mandate is applying to specific businesses and not the whole corporation- I’m not sure if that’s the case; I’m already vaccinated so who the fuck cares?) , so you won’t have to worry about the mandate applying. And we already know you’re not one of these lazy people who just wants unemployment, so why not work one of the jobs you think people need to be filling?

And I know, those jobs pay terrible, but I’ve thought about that, too. Just work multiple food service jobs. You could be doing a breakfast, lunch and dinner shift at three different places, and show everyone how you’re so hard-working and resourceful that you’ve done the work of three of those lazy so-and-sos. Plus, you’re probably going to be getting some kind of discount so you’ll be saving on all the food you wanted to get but couldn’t because there weren’t enough workers.

So, there we have it. Don’t like the Biden mandate? Upset your favorite diner is closed? Go work at that diner. It’s so obvious. Or you could just get the vaccine and stop being a whiny little baby.

Until then, get behind the counter: I want my Arby’s Big Beef & Cheddar.