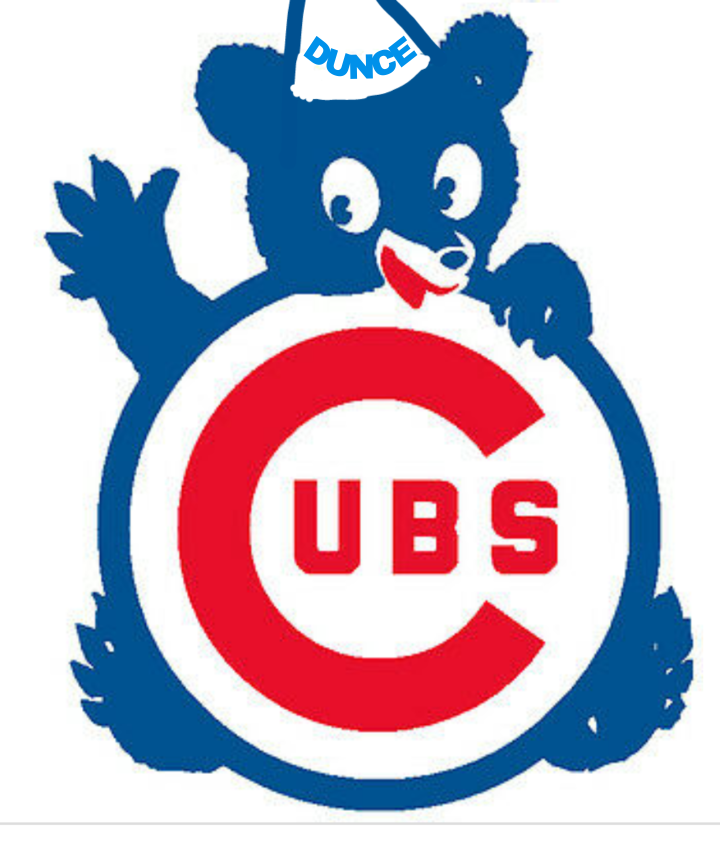 But that is over now. Because the Cubs are now a fucking embarassment.

With Monday night’s trade of Yu Darvish for a handful of magic beans and a terrible pitcher (Zach Davies, last seen in Chicago giving up massive home runs as a Brewer), the Cubs have made official their decision to no longer spend money on their baseball team. Darvish, the ace of the pitching staff, was set to make 59 million dollars over the next three seasons. If he could come even close to keeping up his stats of the past year and a half, the deal would be a bargain by current standards. Instead, he was traded, along with switch hitting catcher Victor Caratini, to the San Diego Padres for a group of prospects most notable for not being very notable. At best, the players are 2-3 years away from being major league prospects, if they become prospects at all.

Most maddening of this is that the Tampa Bay Rays had traded 2018 AL Cy Young Award winner Blake Snell to the Padres just a couple days earlier, receiving top 50 pitching prospect Luis Patino in return. The Cubs got no top 100 prospects in their trade. That isn’t to say the Padres didn’t have any, either. They did. They also had young players on the team like Chris Paddack and Jake Cronenworth. There were options available to make the Cubs feel better about the trade. None of those players were involved.

The players brought in from the trade aren’t worth mentioning because they are all low floor, high ceiling types who will not be able to help the major league roster until 2024. That is if they make the major leagues at all. There is so much variance trading for players this young that there is no point other than to guess the upside of the players.

Infinitely more disturbing is the fact that, as the Cubs barrel into 2021, they seem to have zero interest in putting money towards helping the team. The team lied and said they lost hundreds of millions of dollars last year. That, of course, is horseshit lies that hack writers like Bruce Levine and Bob Nightengale say to get views and keep themselves on the owner’s good sides. No teams lost hundreds of millions last year. They didn’t make as much as they thought, but the value of their teams didn’t lose a penny of worth. The opposite being most likely true.

What the teams are trying to say is that they lost tons of money last year due to revenue lost from not getting ticket sales and tv revenue and everything else. This conveniently leaves out the fact that they got tv revenue for games played and earned EXTRA revenue for expanded playoffs. They didn’t have to pay stadium staff because there were no fans to cater to. And most importantly, player salaries were prorated, meaning they only got paid for the games they played, anyway. Nobody went broke because of this, but it is a convenient excuse for billionairs to screw over their fanbases.

To put it in perspective, let’s pretend you have a lemonade stand:

1: The first day you have the stand, you spend 10 dollars on supplies, and make 20 dollars.

2: The second day, you have some supplies left so you only spend 7 dollars on supplies, and you make 25 dollars.

4: Then, the eighth day, it rains, and you only make 2 dollars that day.

Now, on day nine, you still have most of your supplies and get to go back to selling as normal. Did you lose money on the eighth day, or did you simply not make as much as you could that day?

What the owners are tying to make people believe is that because it rained on the eighth day, they lost all of their supplies and have to start over and that they won’t possibly financially recover from the money made on the ninth day. Therefore they will water down the Lemonade to save money, even though they had been making money the entire time, and charge more for the watered down lemonade to make up for the money they “lost” on day eight.

See, it sounds pretty stupid when you put it in terms that an 8 year old would understand.

Now what makes the Cubs situation even more galling is that the team, and we will stick with the lemonade analogy for symmetry, spent a bunch of their money they made at the lemonade stand so they could build a tv station so they could be the only people to show the lemonade stand on television. They filled that tv station with every ex player who could put two sentences together, even if they have the worst Harry Caray impression ever. They took that money they spent to have their own Lemonade Stand tv network, and now get to collect profits from every cable company that wants to air the station, along with all revenue from commercials aired on the lemonade stand television channel.

Yea, pretty fucked, right. Well that is what is happening with the Cubs. Because they technically only need to report national television revenue received and expenses directly related to the team, the Cubs are able to claim they took a loss while they made money from their television station and all of the buildings they own around Wrigleyville. That’s the grift. The owners of the Cubs, the Ricketts family, when they aren’t busy spending their lemonade stand earnings trying to get President Orange re-elected, are busy lying to their fanbase knowing that every reporter in town is too gutless to stand up and say anything, because if Chicago is good at producing one thing, it’s access whore reporters. They would never dare rock the boat. That means that they are insulated from having to answer for taking money from the team.

And I know you are saying “We just won’t spend our money on the team! That will show them!” No, it won’t. The money is already made. They already fought every cable company to make the most money and signed lucrative contracts to get paid. They get paid that money whether you watch the station or not. It’s part of the cable package now, sucker. Beyond that, they already get paid for the national television packages.
Plain and simple, people don’t lose money having the smallest, most nothing franchises in major sports. People DEFINITELY don’t lose money having heritage teams in major sports markets. The Cubs have essentially cornered the market this offseason. They got twenty million off of their team salary when hero pitcher Jon Lester’s contract expired. They just traded twenty more million per season off their cap by unloading Darvish. They have used none of that to help their team. Their team will, in fact, be undoubtedly worse than last year, when they rode a great 13 game start to their season, then held on as they played to their base level of mediocrity the rest of the way.

They refuse to pay any of their stars whose contracts expire after this season. That means that Kris Bryant, Anthony Rizzo, Wilson Contreras, and most importantly, Javier Baez, could leave after the season, leaving the Cubs with no talent to speak of on the roster. They will essentially be operating as one of the league’s poor teams, like the Pittsburgh Pirates or Tampa Bay Rays. They will still be making the money and laughing all the way to the bank.

And it doesn’t matter if we boycott the lemonade stand, because the money is already made.