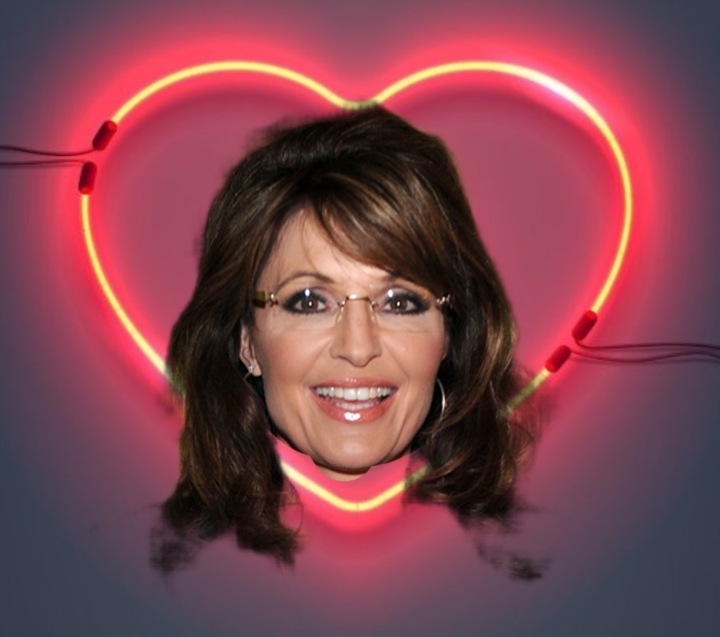 According to court documents, former vice presidential candidate Sarah Palin and her husband of 33 years, Todd, finalized their divorce earlier this spring. Todd initially filed for divorce last year, on his birthday, which is a pretty baller move all things considered. At the end of last year, Sarah admitted that they were going to counseling in an effort to revitalize their marriage. The couple raised five maverick children together after eloping after meeting in high school.

We at Fancy Boys Club wish Todd the best of luck in his gentlemanly pursuits of shooting at endangered animals out of helicopters and snow mobiles.

But that’s not why we are here. Sarah Palin, even at 56, can still get it! She is due for a real “How Stella Got Her Groove Back” moment. Just because she made Dan Quayle look like Neil Degrasse Tyson, doesn’t mean she doesn’t deserve to have herself a sexual awakening. And as free spirits here at FBC, we are here to help Sarah find herself some lovin’.

Here are the potential future lovers of Sarah Palin, ranked…

Let’s start at the most obvious spot. Remember High Fidelity? After a particularly tough breakup, John Cusack’s character goes through his ex girlfriend rolodex to figure out where it all went wrong with his exes. It’s insanely self serving and he finds himself wanting to project himself back into old relationships.
Well, this is by far Sarah Palin’s most iconic past love. In 15 NBA seasons, Glen Rice averaged 18 points per game and shot 40 percent for his career from three point range. He was a three time All Star with the Charlotte Hornets and picked up a championship ring with the Los Angeles Lakers. But his biggest victory was off the court.
In a 2011 autobiography about Palin, Rice admitted that he was very taken by her and how gorgeous she was. He also said they spoke right up until the time she got married. They met in the late 80’s at a basketball tournament in Anchorage, Alaska when Rice was playing for the University of Michigan and Palin was a reporter at a local tv station who was going through, as the biography put it, a “black guy phase.”
While Rice is currently married, true love could trump all here. Speaking of Trump…

Sarah Palin is the architect behind the “so batshit crazy Republican, it just might work.” She went up, said incredibly dumb things, and in the process became infinitely more popular than her running mate, who survived a POW camp before spending decades in congress and trying to run for president. She was a gun toting, moose hunting, snowmobile riding loon who captured the imagination of the political right because…well to be goddamn honest, I don’t know why that is such popular trait for a politician to some people.
Donald Trump, though…man, he is the G.O.A.T. of inciting the bottom feeders of society. He has elicited such loyalty from racists, white nationalists, and nazis that you would swear that his vice presidential running mate was Adolph Hitler’s skull.
Palin is now single. And Trump has very obviously never given a damn about the actual commitment to marriage. Fucking porn stars right after your wife has a child kind of throws that out the window.
In canon, Sarah Palin was Star Wars: A New Hope. Absolutely insane and a capstone moment in history, but destined to be eclipsed by others in the franchise. Donald Trump is Empire Strikes Back. The bad guys win. You get left numb at the end. The characters feel hopeful for the future but in the present, you can’t help but feel somewhat hopeless as you watch.
Also in canon, the next person on the list is Jar Jar Binks.

Maybe Sarah Palin wants to go full on cougar. Maybe she wants to spend a night with a tiny, pathetic man who she knows she can break mentally and leave in a full on wrecked state. Maybe she just wants to hook up with someone she can throw around, like a Wrestle Buddy. Palin is 5’5, while Shapiro is a stately 3’11.
That being said, if she wanted to hook up with a loud mouth who really loves the sound of his own voice, she can do better, such as…

It’s worth noting that Ted Nugent is a complete and utter dirt bag. Among his offenses, firing flaming arrows at cardboard cutouts of Barack Obama is relatively benign. To avoid getting drafted into the Army, ol’ Wango Tango pooped his pants for a week straight to “come off like a hippy” and fail the mental portion of the physical exam. Also, because he wanted to fuck a 17 year old (he was 30 at this point) and couldn’t do it legally otherwise, he had the brilliant idea to talk her parents into letting him be her legal guardian. Oh yea, you better believe the Great White Buffalo adopted a teenager just so he could fuck her, which, I mean that also feels illegal pretty much everywhere except Alabama.
That being said, they do have shared interests, mostly the outdoors and killing animals. Maybe the Motor City Madman can win her over with a day of shooting at fish in a barrel, followed by eating a bevy of gout inducing meats, followed by a wild night of love making in which The Nuge will pretend she is 40 years younger.

Over the past 25 years, the only things of consequence that Baio has done were a couple episodes of Diagnosis Murder, an episode of Touched By An Angel, and his run as Bob Loblaw on Arrested Development. This Dollar General dumpster of an IMDB page somehow makes Chachi one of the five most famous Republican actors.
That said, in the early 80’s, Scott was very popular. In fact, his popularity might have dove tailed pretty well with Palin just starting to get into boys. She might have even had a Scott Baio poster on her wall from Tiger Beat, or Bob Dole’s short lived publication, Dole’s Dreamboats. Everyone always wants to have sex with their idols. It’s why I hope I never have to choose between my wife or Idris Elba. But with Palin very single, and Baio very desperate for attention, this could work!

Look, i’ve already attempted to resurrect Scott Baio’s career. I might as well try to bring Dutch back from the dead. The Gipper and Baberaham Lincoln: Moose Hunter would make a legendary duo. This would also be the moment that made people who follow Qanon’s heads collectively explode. Could you imagine, Ronnie coming back from the dead and shacking up with Sarah Palin? Now that’s what i call a Super PAC! She would feed him jelly beans. He’d eat her brain. It would be perfect.

Mostly just because nothing would excite Ted more than to get Zombie Ronald Reagan’s sloppy seconds. Cruz has shown before that he would do anything to get people to like him. That beard, for example. Hell, he supports Donald Trump and Trump said that Cruz was the Zodiac Killer. Can you imagine kissing the ass of a guy who said you might be a serial killer? Well, when you look like as much of a chronic masturbator as Ted Cruz does, you are just happy anyone is paying attention to you.
If Palin makes the mistake of making eye contact with Cruz at the Republican National Convention, it will be game on…at least for Ted, it would.

8: THE STATUE OF HARRY CARAY OUTSIDE OF WRIGLEY FIELD

Just trying to get to ten here, folks. But Holy Cow, this would be remarkably on brand for Chicago Cubs ownership.

We are completely off the rails here, but hear me out. You wouldn’t be into Nick Cage from this era? And beyond that, Sarah Palin was running for Vice President just over a decade ago. If there is time traveling technology, she has to be at least somewhat aware of it. The current president probably uses the technology already to get reelection advice from Benito Mussolini, so he probably wouldn’t lose any sleep if Palin wanted to use it to go back in time to have sex with Cage.
Also, come on. When you think of Sarah Palin and movies she might like, this is definitely one of the first four or five movies that would pop into your mind. You know for a fact that she has seen this movie a bunch. Alaska isn’t exactly a hub of pop culture. They kept Blockbuster going 15 years after Netflix should have ran it out of business. I’m willing to bet that at some point, the Palin family paid overdue fees on a VHS copy of this movie.