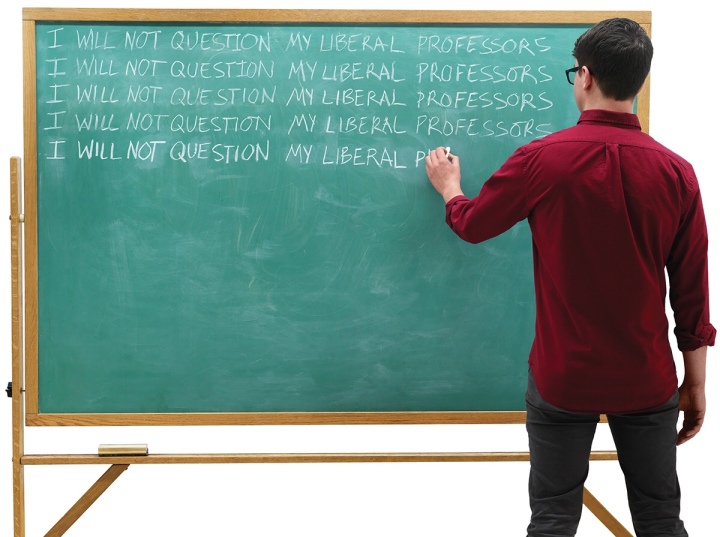 As Teacher Appreciation Week comes to a close, it seems like teachers aren’t getting appreciated at all. All over the country, people have been interrupting school board meetings complaining about the horrible assault happening to the children. From mask mandates to the teaching of CRT to the accusations of grooming (which I’m assuming is not about getting kids to brush their hair), conservatives are furious about what is happening to the youth.

And I have bad news for America… it’s nowhere near done.

This is not to say that anything I’ve mentioned is something to be worried about, because anyone doing the smallest amount of research will see that all of these “concerns” are just phony outrage talking posts used by dummies in search of power against their political rivals. But here is why I said the problem is nowhere near done: because that outrage is working.

People are choosing to just be angry instead of doing actual research into the topics. If these angry school board attendees would just do the smallest amount of research, they would see that they are being manipulated by some truly gross people. And once one topic loses its luster and sexiness, they have to move to another topic. Have you noticed how CRT is hardly being mentioned now that “grooming” is the new hot buzz word? It’s gross. We, as a nation, should be ashamed.

But I’m not interested in debunking all of that stuff. I already gave my solution to mask mandates and CRT in a previous article. I’m interested in trying to guess what the next new panic will be. While safe money says it will be another satanic panic, just because we haven’t had that in a while, I’m gonna try and shoot a little outside of the box

What will conservative twits rail against next when talking about schools? Here are a few guesses:

You probably read aliens and assumed I was talking about illegal immigrants, which would make sense because the GOP loves to hate brown people. But I’m going another way and saying what the next scare tactic will be is saying that E.T.’s are invading schools and trying to control our kids. C’mon guys! They have probes! PROBES!

Now, I know you’re thinking that conservatives WANT to arm teachers because their solution to stopping gun violence is adding more guns, and that makes total sense. You know how someone is drowning and the solution is always to pour even more water down their mouth? It’s foolproof.

But what happens when the teachers use their guns for the liberal agenda? Imagine a nation of schools where if Timmy and Susie aren’t reciting the communist manifesto, then Timmy and Susie fucking die. We have to disarm these teachers who we wanted to badly to arm!

Ok, so that one isn’t totally thought out.

Happy Teacher Appreciation Week to all the educators out there. I’m sorry your lives have become this way.