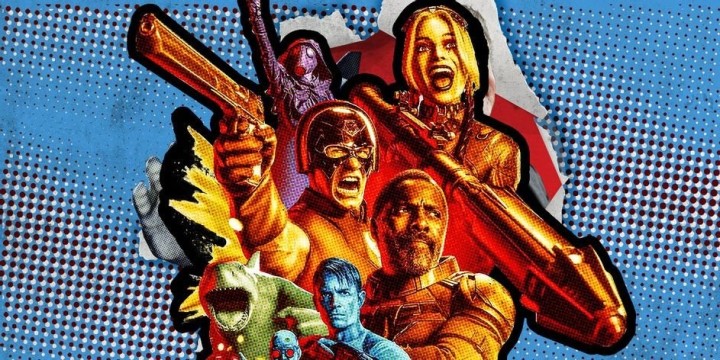 When David Ayer’s Suicide Squad was released in 2016, it was considered by almost everyone as an enormous failure, which is crazy for a movie that grossed almost three-quarters of a BILLION dollars at the domestic box office and got the Detective Comics Entertainment Universe (DCEU from here on out) their first Academy Award. Critics hated it (the film has a paltry 23% Rotten Tomatoes approval rating), fans seemed to aggressively be annoyed by it, and literally everyone seemed to dislike Jared Leto (who played The Joker) because of it. In my review for an alternate site, I was exceedingly annoyed that the film have us a character named Captain Boomerang, but none of the boomerangs the dude threw ever came back to him. THEN WHY DO YOU EVEN HAVE BOOMERANGS?!?!?

And yet, with all of the hatred from the haters (who, as the saying goes, are gonna hate), DC had prepared to make a sequel with Ayer at the helm. When Ayer left the project, the world rejoiced as James Gunn was announced as the new man sailing the Suicide Squad ship. Here was a man who knew how to make well-received and profitable comic book films, having directed the two Guardian Of The Galaxy films for Marvel. And, for the nerds, the news kept getting better. Margot Robbie and Viola Davis, the undisputed wonderful things about the 2016 film, would be reprising their roles as Harley Quinn (psychopath) and Viola Davis (government psychopath). Gunn wanted to make the film R-rated. Idris Elba joined the cast.

Expectations were sky high for The Suicide Squad, which was released in theaters and on HBO Max last weekend. People were ready for Gunn’s vision, called “horribly beautiful” in the trailers. Surely, this film would be better than the Suicide Squad which came before it. And here is where I will drop my (slightly) hot take:

Yes, Gunn’s film is better than Ayer’s. But there are a fair amount of things from the 2016 film that I like better than this current incarnation.

Let’s get into it.

A quick spoiler-free primer in case you’ve been living in a cage for the last eight months. In which case, I’m so sorry and please let me know how I can contribute to your Gofundme:

The Suicide Squad is a group who also goes by the name Task Force X. Formed by government bureaucrat Amanda Waller (Davis), the group is comprised by superhuman prisoners stuck in a Louisiana prison and are sent on missions that the government would prefer remain hushed. The deal is simple: Complete the mission, and get time off of your sentence. Fail or try and escape, and Waller detonates a explosive device implanted in your head.

And there you have the film.

Before we get into what doesn’t work about The Suicide Squad for me, I want to spend a little time talking about the best part of the film, and that’s John Goddamned Cena.

As I mentioned in my review of F9, Cena is a fantastic actor, especially with comedy, that does not fit in with that crew despite the fact that I have no doubt he can be both fast and furious. However, this film allows the former WWE star to shine in all of his glory. When Gunn needs him to land a joke, he absolutely crushes it every time. When you need him to just be a giant wall of muscles that could easily kill a room of people without breaking a sweat, he does that, too. There’s not an actor in this film who he doesn’t match perfectly with, which impressive considering the pedigree of this cast. Cena easily joins his WWE cohort Dwayne Johnson as a man who will be a big movie star for years to come, and perhaps Cena has a leg up on the People’s Champ as he has shown he not only can work well in R-rated films like this and Blockers, but seems to revel in the opportunity to do so. The Rock may be the star of Disney films all the kids love seeing, but Cena easily shows those kids that he is there to be cool as hell when they get older.

Ok, there are problems with this film, and we’ll certainly address them, but let’s talk about some of the ways in which the 2016 Suicide Squad is better than this 2021 version:

Viola Davis is SO MUCH BETTER in the first film. I don’t know if Gunn just didn’t care that much to spend the time developing the character of Amanda Waller, but Davis is absolutely given nothing worthwhile to do in this movie. In the 2016 film, she at least has a couple great scenes in the first act to show us who she is, why she’s doing what she’s doing, and why she thinks that it’s the right thing to do. We don’t like Waller, but we understand where she’s coming from. Here, she just gets a couple of scenes where she gets to raise her voice, which is such a shame for an actress of her caliber.

Joel Kinnaman is SO MUCH BETTER in the first film. About midway through the film, my wife turned to me and asked, “Why is this guy their friend? Aren’t they all supposed to be bad guys?” And she has a really good point. In the first film, Kinnaman, as Flag, lets the Squad know that he is in charge and they’re following his orders. But here, they all just seem to want to go out and get milkshakes when everything gets better. Again, Flag is clearly a character that James Gunn had no interest in developing in this film and it shows as he just kinda becomes an extra guy.

For a group of bad people, the Suicide Squad doesn’t really act bad. At all. The whole point of this crew is that they can get down and dirty and do the things that other people aren’t supposed to do. They’re bad people who are supposed to be capable of bad things, but we never really see them do anything like that. They seem more like the Guardians Of The Galaxy if you replaced Groot with a shark. I think Gunn missed a fantastic chance to show these people be really, well, villainous. Instead, we just kind of get a superhero team.

That being said, for all of the bad things about this film, there are just as many positives. When this team is working together, this movie just absolutely coasts and feels like a rollercoaster. I also give James Gunn credit in the fact that this movie has legitimate surprises. This movie has real stakes because Gunn (also the film’s writer) lets us know that every member of this crew is expendable and could go away at any time.

Elba is absolutely fantastic and Stallone is great in his vocal performance. Robbie continues to show why she may be the best element of this whole DCEU. All the cast does a wonderful job delivering great punchlines, and that helps this script skate along, which was a big problem with Ayer’s 2016 slog of a film. I even got excited when Jai Courtney comes back to reprise his role as Captain Boomerang. However, for two films in a row, we see no boomerang that he throws return to his hand.