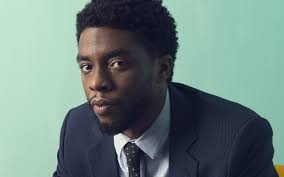 Before there was Fancy Boys, there was another site I was writing for. I remember that I first started by doing insanely in-depth Oscar coverage (much like I did here in January) and the site founder asked me if Black Panther had deserved to be nominated for Best Picture. I made it clear that not only did the Marvel film deserve to be nominated, but that out of all the nominated films in 2018, it deserved to win. It was my #3 film of that year and was grounded by the amazing performance of it’s lead, the King of Wakanda, Chadwick Boseman.

Boseman died today at the age of 43 after battling Stage III colon cancer for four years. With his passing, the world has lost one of the best working actors in film today. We also lost a man who played so many amazing heroes… and heroes are something the world desperately needs right now.

If Boseman’s death wasn’t so fresh, if the wound wasn’t so raw, I would probably give you a full synopsis of his life and career and tried to spin a yarn that would lead to the most important role he’s ever done. But, let’s not beat around the bush. Let’s just talk about Black Panther.

I saw the film on it’s opening weekend, as I have with most of the MCU offerings. The theater, unsurprisingly, was absolutely packed, and I ended up sitting next to a 10-year old (at most) black child. The film is great (one of the five best of Marvel’s impressive catalog) and I enjoyed it immensely, but what compounded my joy was watching the boy next to me as his excitement ramped up higher and higher. Did we post up for multiple high fives? We absolutely did. The kid’s parents probably thought I was a looney toon, but they didn’t stop me and we were too excited to care.

Black Panther didn’t just make a billion dollars worldwide. It didn’t just rank up the highest Rotten Tomatoes score (96%) of all the MCU films. It wasn’t just the first Marvel film nominated for Best Picture. What makes Black Panther special is something more than all of those films. I just wouldn’t realize it until the last day of October and saw all of the black children who had dressed up as characters from the movie for Halloween. That’s when I truly understood how important this film was because it was the first film that allowed young black children to see themselves in the hero. Much like Wonder Woman allowed young women the chance to see themselves in a hero, this was a film that gave a voice to people who hadn’t had one before this.

And it is all anchored by Boseman’s performance.

Chadwick Boseman got to portray T’Challa, king of Wakanda, in three other MCU films (Captain America: Civil War, Avengers: Infinity War, & Avengers: Endgame) and in each of them, he’s one of the most interesting characters. First off, Boseman is brilliant with his physicality. All the MCU actors are. But what makes Boseman special is how un-flashy he is with it. Every move is calculated; as if T’Challa saw everything that was going to happen in slow motion and was able to plan every attack (and counter-attack) and execute them with a skill beyond any of the other characters. But that is only part of his greatness.

I used to think that the flaw of Black Panther was that Boseman is outshined by his villain, the charismatic and exciting Killmonger, as played by the brilliant Michael B. Jordan. Jordan got to put on a full and exciting clinic, while Boseman was more reserved. It’s easy to look at that and assume that Jordan is just a better actor than Boseman. Honestly, I made that argument to one of my co-workers earlier this week.

Boseman has the much harder role. He’s not just a king, but he’s a man who has to learn about the world and his (and his kingdom’s) place in it. He doesn’t have the luxury to go crazy, though that’s certainly a skill that Boseman has in his acting aresnal- in Get On Up, he plays James fucking Brown. He needs to play someone regal and reserved; someone with the weight of a kingdom on his shoulders.

And he plays it perfectly.

If all Chadwick Boseman had done in his acting career was play the Black Panther, it would still be enough to mourn his presence. But he was so much more.

The man didn’t just play superheroes, he played real ones, too. In 42, his portrayal of Jackie Robinson is filled with a man who has the weight of a sport put on him. He played Thurgood Marshall and the aforementioned Brown. He worked with Spike Lee in Da 5 Bloods and Ivan Reitman in Draft Day (of which he was one of the few good things). In all of his roles, he wasn’t interested in being the most dynamic performer; that’s one of the reason why he’s one of the best actors.

Boseman was a master of creating real moments and elevating his scene partners. When you watch him in scenes, he’s putting as much (if not more) effort as listening to the other actors as he is in delivering his lines. Even in scenes without dialogue, his presence is always felt and he looms large.

There was nothing he couldn’t do. He could be the King of Wakanda or the Godfather of Soul. He disappeared into his roles while still having something about himself shine through all of the roles he played. And, as we would recently learn, he would do it all while undergoing cancer treatment.

I don’t know if Boseman chose the roles he chose because of what they said to the African-American community. But the effect he had is evident and will last forever. In Black Panther, we are told that when our ancestors pass away, they are taken to a special place where they may watch over us while finally being free to have their spirits soar wherever they want. For Boseman, we have so many great moments from so many great films. Sadly, for a life taken way too soon, that’s not nearly enough. But it will have to do.