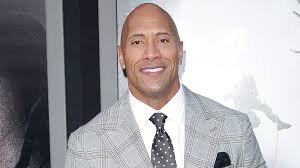 When news broke this week that Dwayne “The Rock” Johnson was going to be buying the XFL, I got excited. Not because I like, or even care, about that ridiculous league. Our site has spent way too much time and way too much talent talking about the second coming of the WWE’s failed attempt to break into the football business. No, my friends. I’m all on pins and needles because we finally get a chance to talk about Dwayne Johnson, the actor.

There is no doubt that The Rock is the most successful actor to come from wrestling and you could make the case that he has had the most successful post-wrestling career of all time. Sure, Jesse Ventura became governor, but that’s Minnesota, where there are more lakes than people. Johnson could become president. Hell, The Rock could be a pope if he wanted to.

But that’s not what I care about.

I’m not going to tell you that Johnson is the best working actor today. That would be Sam Rockwell. However, if you asked me who the second-best actor working today was, I would be hard-pressed to find someone better than the People’s Champion. Johnson has become the kind of actor who isn’t just great in films. He makes movies better, or is, at minimum, the best part of bad films (see: Be Cool).

Take the Fast & Furious franchise. For the first four films, this was a highly forgettable and boring series, which is a shame because it’s about cars going very fast. However, Fast Five changed the landscape, and it should be no surprise that it happens when The Rock shows up as Luke Hobbs (though the screenwriter should have named his character Calvin). Not only did The Rock make The Fast & Furious the best action franchise making films currently, he also got his own spinoff (Fast & Furious Presents: Hobbs & Shaw), perhaps the only film to ever have two ampersands in the title! Oh, and is it a coincidence that Johnson is in the best Disney movie of my lifetime (Moana)? He can act, he can sing, he can bench-press a tractor, and he does it all with the name Dwayne.

In his latest book, Shea Serrano points out that most movies would be better if the Rock has replaced other actors in roles (Macaulay Culkin in My Girl, Kate Winslet in Titanic, etc.), and it’s played for laughs but also entirely correct. If someone asked you to go see a Merchant Ivory movie about class struggles and romance, you’d find every reason to blow this person off. But, if you heard this exact same movie was with The Rock, you would sprint to the theater, and with good reason as this movie would probably sell out on it’s way to making a bajillion dollars.

What The Rock understood was that his size was not a hindrance to him being taken seriously as an actor; it was an advantage. He’s never tried to pretend that he isn’t a half-foot bigger than any of his scene partners or that he couldn’t easily murder the entire crew of a film without breaking a sweat. He uses his size, sometimes for comedy, sometimes for action, sometimes for intimidation. There are few actors who understand how to do this and can also read lines effectively, though John Cena is coming very close in his last few films.

In a film career which has spanned almost two decades, the Rock has appeared in (not including uncredited cameos) 34 films, and is good (to great) in all of them, even though not all of the movies themselves are good (or even decent). I have seen 23 of these movies and have ranked all of them for you, without commentary. They are, as follows:

The Not Very Good Films

8. Fighting With My Family

6. The Fate Of The Furious

3. Jumanji: Welcome To The Jungle

What are your favorite Rock films? Would love your feedback!