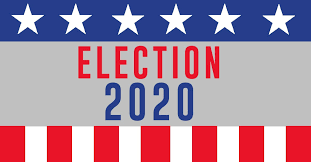 This isn’t because he’s doing a good job (he’s not). But Trump has one amazing advantage so giant and powerful, it will single-handedly be the reason he wins in November unless things change in a hurry: he’s running against the Democratic party, who apparently doesn’t fucking learn from their mistakes.

People much smarter than me have tried to come up with the reason why we have Donald Trump in the White House, his finger on the nuclear button and, almost definitely, leaving gross stains on things. And it’s crazy to me how wrong they all are. Because there are two giant reasons why 2016 wound up the way it did, and no one is fucking talking about it. So, let’s do it now because we’re getting close to making the same mistakes all over again.

The first reason Trump won is because the Democrats thought he would just keep saying stupid things and hang himself. The only problem with this theory is that it forced the Clinton campaign to play non-stop defense. Every news cycle went like this: Trump would say or do something stupid or monstrous, news would cover it, then they would find a Clinton spokesperson to get a reaction. This was a genius move by the Trump campaign, because it never allowed Clinton to discuss policy.

And that brings us to our second reason.

You may not like Donald Trump’s policies, but in the 2016 campaign, you knew what they were because he would have arenas of people chanting them every chance he could get. I knew exactly what Trump was promising: he was going to build a wall and lock her up. And it doesn’t matter that he did none of those things (unless “lock her up” was code for “give her a podcast”). The Trump campaign turned 2016 into a simple premise: here is the things Trumps stands for; are you for him or against him?

Meanwhile, the Clinton campaign, so busy attacking Trump and having to respond to all of his attacks, didn’t have time to lay out any policy of their own. And, when they did, it was nuanced and long-winded. There were no easy chants at Clinton rallies, no promises of “Yes, we can!” or calls for hope and change. It was more Clinton saying, “I’m not Trump, and that’s the best thing I can offer.”

And that was her problem.

My absolute favorite thing about the American people is that we are, in our very nature, optimists. We want to believe in something. If given the choice between voting for something, and voting against something, we will always choose the former. We’re hopeful. We want ideas. And we want them to succeed.

That is why Hillary lost. And it’s why Biden will lose unless he gets his fucking act together.

So, what can Joe Biden do?

Well, for starters, he has to get out there.

I’m not talking about doing rallies. I respect Biden for saying, “I may be shooting my campaign in the foot, but I’m not going to risk people getting sick.” But, Jesus Christ, there are other ways to get your face out there. Get on tv. Do some podcasts. There’s no reason he couldn’t be speaking to millions of people every day in some type of format. Start talking.

And when you do, get your message out. What Biden doesn’t seem to understand is that when talking to America, he should not mention Donald Trump. Not once. Not ever. Don’t tell us why the dude is bad. Tell us why you’re good. What are you going to do to help? Because we need help, goddammit. And right now, I don’t know what the dude believes in.

It’s why I think people underrated Bernie Sanders again. Say what you will about Bernie, and I get that it can be a lot, but everyone knows his policies. You may think they’re insane or expensive or communist or whatever, but you fucking know what they are. Meanwhile, Joe Biden seems to be running on, “Hey, fuck Trump, am I right?”

Learn from your fucking history. Or be doomed to repeat it.