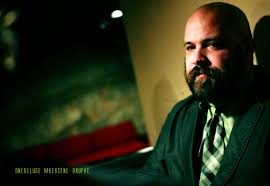 This past week, morons and douchebags all over our great nation went to “peacefully” “protest” the state capitals of Minnesota, Wisconsin, Michigan, Texas, and Florida. I put the word “peacefully” in quotes because while there were no reports of arrests or violence, some of these people made a point of open carrying weapons and there were reports of confederate flags and signs with swastikas, which are, as we all know, the two symbols of peace. I put the words “protest” in quotes because some, if not most (hell, if not ALL) of these whiny turd-babies are just mad because they’re being asked to stay inside and practice social distancing and it makes them mad.

The claim of many of these slack-jawed yokels is that it’s time for the nation to get back to work and get outside. Well, as someone who has been working this whole time, let me tell you: it’s a fucking nightmare. You don’t want any of this right now.

I work building maintenance at a warehouse for a major corporation For those of you saying, “Matt, are you trying to tell me that you’re not a full-time comedian and blogger while also being a part-time nude model?”, I am just as surprised as you. My schedule is three days a week (Sunday through Tuesday), working twelve hours a day. I’ve been at the job for almost fourteen years, and for the most part, it’s a good job. It allows me to be close to my son and to pursue comedy, and when my wife gives birth, it will allow me to stay home Wednesday through Friday and take care of the little one, which I’m super thrilled about.

When stay-at-home orders started in Illinois, myself and my co-workers were told that we were expected to keep the warehouse running as we were “essential workers”. We were given pieces of paper which allowed us to drive to work and also, I think, participate in Thunderdome whenever that becomes a thing. One the bottom of my paper, I wrote: “Good for one (1) purge”. I did this for the two reasons you would expect: because I’m scared and because I’m an asshole.

As I mentioned earlier, my wife is pregnant, and because of that, she’s someone who is considered “high risk” if she were to contract the coronavirus. Because of this, I took an unpaid leave of absence on March 22nd. However, none of our bills and expenses took a similar leave, so I had to return to work the following week.

I know that some people might think, “Hey, Matt, at least you get to go to work. You get something to take your mind off of everything that’s happening and you get a nice paycheck.”

Let me tell you about my work week.

Every workday, I wake up at 4:40 in the morning feeling a sense of depression and anger, though to be fair, I was feeling that way long before all of this COVID-19 nonsense. I have to set five alarms to make sure I don’t turn them off and then go back to sleep. From there, I take the dog out for a walk and kiss my beautiful wife before getting in my car and driving the thirty miles to work.

Earlier last week, our workplace has begun offering masks to all employees. This is a good thing, or at least would be a good thing if all of the workers on my shift chose to wear masks. I would say about 25% do. How do the rest of the people in the building break down?

For about half the people in the building, I have no clue. They come to work and approach it with the same disdain and blank stare that I also do, and I respect them for that, though I wish they wore their masks. It’s the other quarter, however, that’s the most troubling.

For every person who is wearing a mask, there’s a person who seems to be defiant to the fact that we’re even being offered one, and, holy shit, are there some real whackadoos out here. You here it all, from “there aren’t that many cases” to “hospitals are empty” to “it’s just the flu, I think I had it in November” to “it’s a Chinese bioweapon”. Honest to god, if feels like an episode of Infowars in here sometimes. There’s also one dude who’s just cool being casually racist. That has nothing to do with COVID, but if you’re reading this, you know who you are. Stop it.

Because I’m worried of bringing home disease to my wife, son, and unborn child, are my stress levels high? From the moment I get in my car until I finally wind down right before I’m supposed to go to bed. I don’t know how this is happening, but I’m somehow stress eating and losing weight at the same time. I know this seems like a good thing, but there’s no way that’s something my body is supposed to be doing, so of course I’m worried.

My hands are raw from all of the washing and sanitizing. My beard smells from mask sweat. I’m grumpy and tired and fucking on edge all the time.

I tried to balance this all out a few weeks ago by taking to twitter and bombarding people with kindness, and that worked. However, people realized it was a coping mechanism and tried to do the same with me. I appreciated it, but now I cannot stop crying. I’m an easy cryer- if Kevin Costner says the word “family” in a movie trailer, I’m blubbering like a baby. But I’m always one second away from bursting into tears, which makes me a delight to my mostly-conservative and older co-workers in the maintenance department.

You want this? It’s fucking yours.

Look, I get it. We all want to go outside.

Hell, it’s my son’s birthday this week and he’s turning 16. Of course I want to take him out to eat and see family and do all the amazing things a high school sophomore is supposed to be doing. I want him hanging out with his friends. And I want to be seeing movies in the theater and producing my comedy show and seeing friends and giving them big, ridiculous hugs that last two weeks.

And we’ll get there. I promise we will.

But we have to be patient.

One thought on “Essential.”