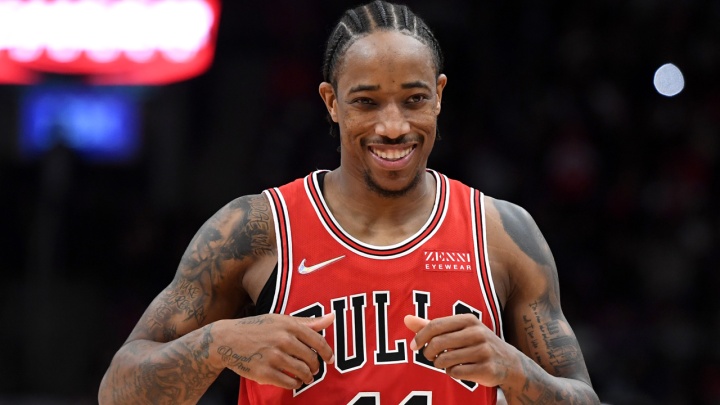 In an NBA season in which DeMar DeRozan has already had an insane amount of highlights, the Bulls star had himself a pretty impressive 24-hour stint.

Chicago fans cheered with glee as DeRozan, who was establishing himself as an impressive NBA star, joined the Bulls alongside Zach LaVine and Nikola Vucevic. When the Bulls also grabbed Lonzo Ball and Alex Caruso, there was something the United Center hadn’t felt in a great number of years: hope.

And DeRozan has lived up to the hype. He should absolutely be an all-star this year and needs to be in MVP consideration. He is someone who is producing for the Bulls, especially late in games. No player this year has scored more points in the fourth quarter than DeMar DeRozan. When it counts, he wants the ball. And he can almost always deliver.

Ok, let’s get into last week…

This is going to be a short piece, because I could describe everything that happened, but it’s so much more fun to watch it. But let me set the scene quickly:

It’s Friday night, and the Bulls are down a point to the Indianapolis Pacers in the closing seconds of the game. Here is what happened:

That’s right… on New Years Eve, DeMar DeRozan made the ball drop. Pretty awesome, right? Dude had to be feeling good about himself because plays like that only happen every once in a while. EXCEPT…

It’s Saturday. LITERALLY the next day. Bulls trail the Wizards by 2. Time running down. Wanna guess what’s going to happen?