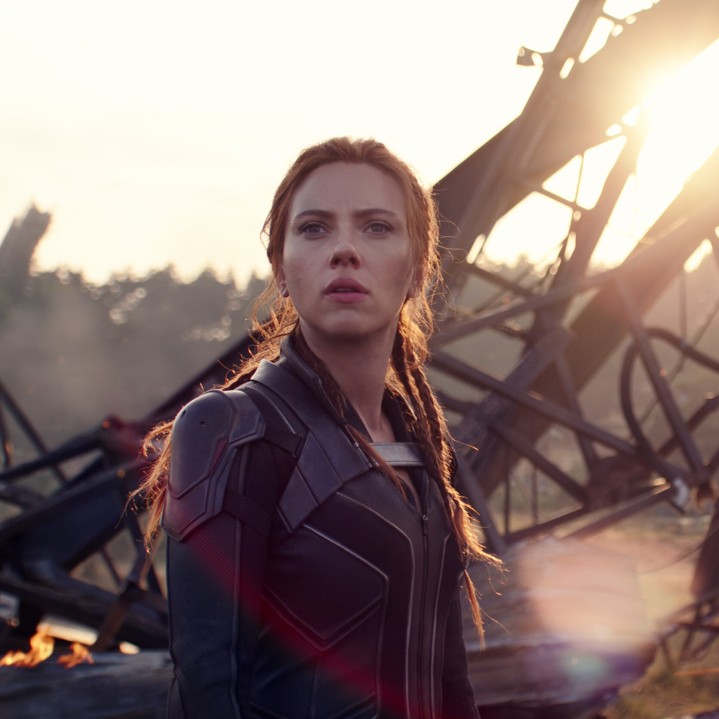 Ok, so F9 was a nice way to get back into the theater, but the way we all know that the world is healing enough is that Marvel has decided to release a film. Granted, you can also watch the film on the Disney+ for an additional fee, but the Marvel/Disney corporate overlords would not have released Black Widow unless they knew enough people were comfortable going out. And the numbers seem to be panning out for the newest installment of the MCU: the film has already made $146 million at the domestic box office, and will no doubt double it’s $200 million budget when things are all said and done. And that’s not even including the $60 million it made for Disney+ on it’s opening weekend.

And that’s a good thing, because Black Widow is an interesting film for the Marvel franchise. It’s not a film setting up sequels or taking us further. It, by all accounts, will be the last time Scarlett Johannsson plays Natasha Romanov. The movie’s director, Cate Shortland, is not one of the big, splashy names that Kevin Feige & Co. have brought in or are bringing in. The film is a weird (and occasionally disjointed) film that runs over two hours and does nothing to further the MCU legacy.

And, more often than not, it works really well.

Marvel rarely screws up it’s timeline as a production company, which is what makes Black Widow so damn interesting.

To recap, because many of us haven’t been to (or even thought about) the movie theater in a long time, the MCU ended what it called “Phase 3” on a high note by released three brilliant movies in 2019: Captain Marvel, Avengers: Endgame, and Spider-Man: Far From Home. Captain Marvel did a fantastic job introducing a new character, Endgame works as a brilliant way to tie together every film which has come before, and Far From Home is a fantastic end piece that works best when it focuses on Peter Parker’s grief and trying to understand what to do next.

Why is Peter Parker grieving? Well, here is a 2019 SPOILER ALERT in case you have never seen any Marvel films, in which case, kudos to you for getting 370-some words into this review and sticking with it, and let’s get into it.

Avengers: Endgame brought an amazing amount of storylines to a close when it featured the retirement of Steve Rogers (Chris Evans) as Captain America, and the deaths of Romanov and Tony Stark (Robert Downey, Jr.) Both Evans and Downey were at the end of their MCU contracts and expressed no interest of returning, while Johannsson had one picture left with Black Widow already in pre-production and was making it clear that after her contract expired, she would not be returning.

So there were a lot of questions about what Black Widow would be. Would this film feature Romanov dealing with her mortality in some sort of spiritual way? Would it be an origin story? Where in the MCU timeline is this story being told, and why are they doing that?

Well, let’s get into the plot.

Taking place, for the most part, in the events following 2016’s Captain America: Civil War (and before 2018’s Avengers: Infinity War), Black Widow finds Natasha Romanov a woman on the run. Her refusal to participate in the Sokovia Accords (which prevents superheroes from doing good without the expressed consent of a global governing body that would drive Alex Jones crazy) has her a fugitive hunted by Secretary of State Thaddeus Ross (William Hurt). But that’s not really what the story is about.

Romanov reunites with Yelena Beklova (Florence Pugh), another Black Widow who had worked with Natasha when they both were children, along with Russian spies (posing as their parents) Alexi Shostakov (David Harbour) and Melina Vostokoff (Rachel Weisz). Yelena has bad news for the spy who once pretended to be her sister: the organization which turned little girls into deadly super-spies known as the Red Room is still operating and churning out new dangers, and the group is lead by Dreykov (Ray Winstone), whom Romanov had believed she had killed. What happens next? Well, that seems obvious: Natasha and Yelena team up (and bring in Alexi & Melina) in an attempt to take down the Red Room and Dreykov once and for all.

And that’s all fine and good, but the fact that we’re getting this story in 2021 is confusing. Because we know Johannsson is around for Infinity War, we know that there’s nothing Black Widow will throw at us that will stop her from making an appearance in that film. So, yeah, she has to fight people and things do get dangerous, but it’s never any real danger because we know the outcome. And I get that in all these films, we already know that the hero isn’t going to die, but it just makes every bullet shot at Johannsson one that we know has no chance of striking so why do we even care?

Well, there are a few reasons…

As Yelena Beklova, Pugh shows us a feisty and fierce spy just as talented as Romanov, but also more bitter and angry. As the fake sister to Johannsson, their scenes together are what drive the film. Even while beating up bad guys (or each other), the scenes are dripping with comedy as the two go back and forth with each other. If you have siblings, you understand their relationship very well.

Pugh does seem to be just getting started with her role in the MCU, as she is slated to appear in the Disney+ series Hawkeye. Will she be the new Black Widow in future Avengers movies? Will she go her own way with the character? Either way, I’m excited. At 25, Pugh is a year younger than Johannsson when she first made her Marvel debut (2010’s Iron Man 2). Both actresses have Oscar nominations, and both probably deserved to win in 2019 (Pugh for Little Women, Johannson for Marriage Story). It’s hard to think of a better actress to be passing the torch to.

Let’s get to my criticisms of this movie, which are few but need to be pointed out:

…and that’s pretty much it. This is a pretty good movie.

I had not seen any of Cate Shortland’s films before Black Widow, which is shocking for someone who sees the amount of movies I do. But I’m excited to delve into her catalog.

This film benefits from some really stellar direction and a very tight screenplay (written by Eric Pearson). Shortland takes her time in dealing with the relationships between Johannsson, Pugh, Harbor, and Weisz and bringing real interest into who these characters are as people. The film has very somber tones, including a very bleak credit sequence showing us what it takes to turn young girls into super-spy killing machines, and then spends a lot of the film having Johannsson and Pugh talk, in very real terms, about what things like that would do to the psyche of someone. It’s a rare feat for a comic book movie to be interesting in the moments when it’s not kicking ass, but Black Widow does it wonderfully.

One last issue with Black Widow, and it’s not so much a shot at the film as it is an issue with the whole MCU.

I feel like the further Marvel takes us into these stories, the harder it is to enjoy a film without seeing the previous works. Black Widow couldn’t be someone’s first foray into the MCU, and if someone asked me what films they needed to see before watching this one, I would probably tell them Iron Man 2, the first two Avengers movies, and Captain America: Civil War. Of course, they couldn’t understand those films without watching some of the others before it, and one thing leads to another and the only way you can appreciate any film Kevin Feige produces is to watch twenty-seven films before it.

I get that there is something comic book-y about that whole process, but this is a superhero movie. As the father of a one-year old, I’m excited to take my son to his first movie, and then to his first Marvel movie. And it would suck if he wasn’t able to appreciate it as much as me just because he hadn’t watch the 140 prerequisite hours of films beforehand. Perhaps the rest of Phase 4 can rectify this, because this is a really good movie, and not because I saw all the other films (which I did). Marvel should be more willing to bring in new viewers.

That would be super.