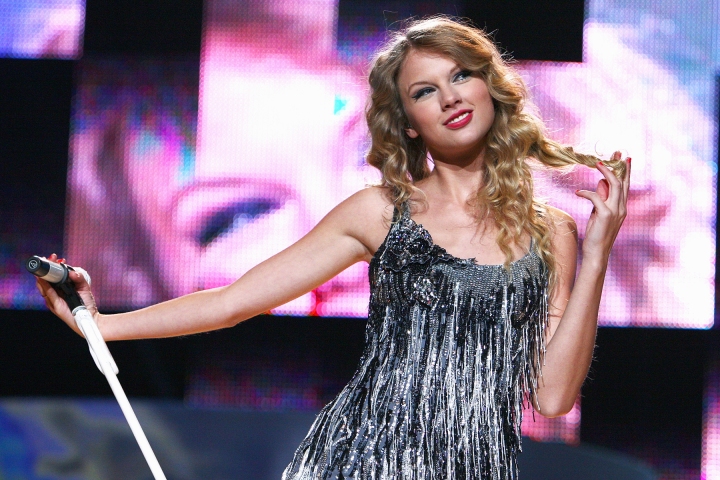 On Friday, Taylor Swift decided to give us a little taste of her 2021 re-recording on “Love Story”. Fancy Boys guest contributor Jordan Holmes, who had spent the last two months covering Swift’s entire discography, did not take it well.

Why is Swift releasing old songs? Let’s do a little long story short(ish).

When Taylor Swift started making music, she was signed to Big Machine Records, a company she made six albums for. Over her span as a Big Machine recording artist, Swift did not control her master recordings (the label did), which are an important commodity to a musician. Here’s why: let’s say you are a filmmaker and you would like to use an old Taylor Swift song. Perhaps you are working on a film about Tim McGraw and want to use the song “Tim McGraw”. Perhaps you are working on a film about the sexual conquests of John Mayer and would like to use the song “Dear John”. Perhaps you’re making a movie about Taylor Swift’s worst song and you need “Ready For It”. There are many reasons. Well, in order to use the song, you need to get the permission of (and pay a fee to) the person holding the master recordings. And that is bad news for Swift and very good news for Big Machine Records.

In 2018, Swift moved from Big Machine to Republic Records, and made sure she would have control of her master recordings, but that would only apply for any song made with Republic. To make matter worse for Swift, the entire Big Machine Label was bought in 2019 by the very sexily named Ithaca Holding Group. I know it’s hard for anyone to read such an erotically charged name like “Ithaca Holding Group”, let alone twice now, and I apologize for all the crazy sex that is happening right now for anyone who has read this paragraph. Sorry, y’all, but Ithacas be holding.

The purchase of Big Machine was especially bad news for Swift because of who is in charge of Ithaca Holding, a man named Scooter Braun. Braun is known for managing stars such as Justin Bieber, having very close relationships with celebrities like Kanye West, and being a man who is relatively successful despite the fact that he goes by the name “Scooter”. Braun’s relationship with West has always been hurtful to Swift due, in large part, to her very public 2017 feud with the rap icon. Now this man she considers a bully owns all of her old songs.

That isn’t to say there wasn’t any recourse. Braun and the fuckably-sounding Ithaca Holding may own the master recordings, but Swift retained the rights of the songwriting credits, and that gives her power. By owning the songwriting credits, it means Swift gets to determine who can cover her songs or use her lyrics on merchandise. It also means that she can re-record all of her old albums and sell them, which is exactly what she has told people she planned to do.

It’s a wonderfully calculated move that is solely set on devaluing her Big Machine catalog. This isn’t Swift making a decision as an artist to attempt to put a modern perspective on her older work. This is a woman whose feelings were hurt and she has a lot of free time because she can’t tour. You know how during this pandemic you learned how to bake bread or finish a puzzle? Swift has been using the time figuring out the best way to destroy her enemy.

(Author’s note: In fairness, as pointed out by my friend Katie Keller, Swift was not allowed to begin re-recording her old albums until November due to contractual issues, and you can find articles discussing these plans dating back to the summer of 2019.)

I, honestly, don’t think Swift cares if she makes a penny from these re-recordings. If I were guessing the intentions behind this decision from the Swift camp, I think they were focused on the short-term and long-term implications of doing this. Short term, this allows Swift to put up her new versions of these songs against the Ithaca masters, and I would be that Taylor is betting that the Swift Boats (my name for her fans, and I’m still angry this hasn’t caught on) will stream and buy these new renditions like crazy, which hurts the value of the versions Braun owns. But I think there’s something more going on here, which brings us to the big picture, long-term ramifications.

Let’s say there’s a movie studio who wants to use, for example “Love Story” in their film. They’re now given two choices of the song to use, and I think Swift has made a perfectly clear statement: “Oh, you can use these older versions I don’t own… but then you shouldn’t be surprised if I turn you down when you want to use a song that I DO own.” I also think it’s possible that Swift could ask music stores to only offer her newer versions instead of the Big Machine recordings and withhold any new albums from places that refuse her request. If we’ve learned anything from Tay Tay, it’s that she has a long memory and is not afraid to let people know that she holds a grudge.

I think the decision to make “Love Story” the first re-release was a smart one for Swift. I’m still not sure how she’s going to handle re-making her self-titled debut, an album she recorded when she was sixteen that doesn’t really sound anything like her. So choosing to work on her sophomore album (and the album which brought Swift her first major successes on the Billboard Hot 100 charts) makes a lot of sense.

I just wish this re-release was… I, dunno. More, I guess?

The song, which fittingly starts with the lyric “We were both young when I first saw you”, was released with a lyric video filled with pictures of Swift and all of her fans. And that’s a nice little trip through nostalgia, which seems to be exactly what Taylor is going for. Swift is a much different singer now than she was in 2008, and for my money, she’s a much better singer. She’s learned how to make her voice as entertaining of an element as her lyrics. So, while Swift’s voice sounds a little older and more mature, that’s about the only difference in the recording.

And I think this is where Swift missed her chance.

I know I’m probably in the minority here, but I would have loved to see the Swift camp go crazy with this. Add some glockenspiel. Find some Memphis horns. Get a gospel choir on board. Add a rap guest verse. Let’s be honest: had Megan Thee Stallion been in the middle of this song and found a way to rhyme “Scooter Braun” with something like “get off of my lawn”, the internet would have fucking exploded in a way that even Swift had never been able to do before.

I realize that probably would not have helped Swift in her short-term (or long-term) goals for this re-release. And this is… y’know fine. But 2020 gave us a Taylor Swift who showed us- with two albums- that she was willing to change and subvert expectations about her and her music. And I’m kind of bummed that didn’t show up here.