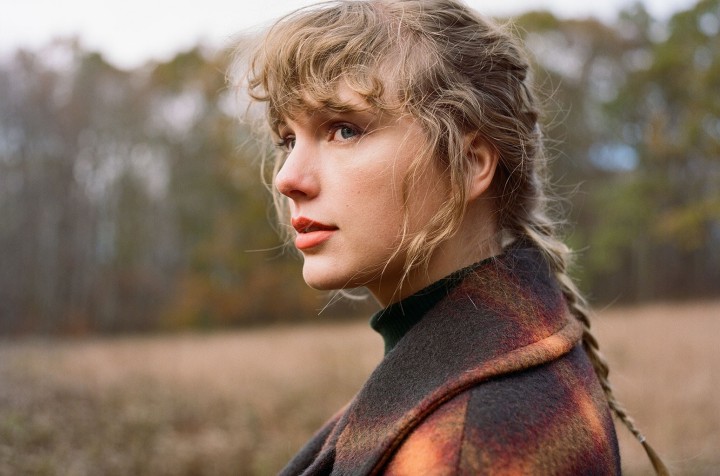 Guess who’s back? Back again? Taylor’s back! Tell a friend!

Let’s just get down to the nuts and bolts here and lay out everything you need to know: On Friday, Taylor Swift released evermore, her second album of 2020 and her third album in two years. According to Swift, she just enjoyed the process of working with her folklore collaborators Aaron Dessner (of indie-rock darlings The National), Jack Antonoff (longtime collaborator and Bleachers frontman), and Joe Alwyn (boyfriend who works under the pseudonym William Bowery) that the team just kept working and making music. The album, unsurprisingly, has dominated Spotify streams over the weekend while the Swift Boats (my personal name for her fans and I’m not going to stop calling them that) have lost their minds.

July’s folklore was thought of as a “quarantine album”, with Swift recording all of the vocals from a studio she built in her home. And even though that album featured musicians recording in multiple studios all around the world, the album does have a very isolated feel to it. There’s something folksy about that album; like Swift is recording it all in a cabin in the woods. What helps add to that visual is the Disney+ special she released earlier this year where her, Antonoff, and Dessner are playing the album in its entirety, literally, in a cabin in the woods.

Since Taylor Swift has, herself, referred to evermore as the sister record of folklore, it opens up a few options for me to review it. Not only am I able to compare and contrast these last two albums, but I’m able to refer to evermore as the sequel and give it clever names like folklore 2: the evermore-ing and 2 folk 2 lore. And, look, I’m a firm believer about reviewing an album of it’s own merits and not based on prior works or expectations, but come on. This is clearly folklore 2: evermore, daughter of folklore. And that’s alright. Much like when I reviewed folklore for this site back in July, I have a lot of the same feelings with that album as I do with this one.

evermore continues many of the places where folklore left off. Some of those things are a distinct benefit for Swift, including her clear need to not worry about having to perform any of these songs live therefore removing the need for a single. Some of these things are a frustration for me, like the fact that Taylor still refuses to use capitalization in her album or song titles. It’s clear that this is a sequel. This is folklore 2: the reckoning.

Much like many sequels, Swift, along with Dessner, Alwyn and Antonoff, attempt some new and interesting things. This is, perhaps, the first time Swift has attempted working with a 5/4 time signature, and she does it twice in this album. She, again, has a song where she writes from the male perspective (“dorothea”, one of the album standouts), and other songs where she is clearly doing storytelling that has no part of her own life.. And she delves into dark territory with the murderous “no body, no crime”, which features back-up singing from Haim.

So, which of the two albums is the better effort? Honestly, that’s kind of hard to day. I think that evermore is less ethereal and ghostly than folklore. The songs feel more direct and straight-forward. Dessner still gives us lots of syncopated piano for ambience, but with this album, Swift seems to know how to direct it better to service the songs.

However, with that knowledge and experience, you’re trading off some of the things I really liked about folklore, which was the feeling that, at times, Swift was kind of lost in the dense woods which make up Dessner’s production. I said in my folklore review that Taylor has the amazing quality of being able to be whatever her producers wanted her to be, and this is the album where I hear that the least. There was an excitement, almost a danger, of listening to folklore and not knowing exactly where, stylistically, the album was taking us, and that feeling is gone with evermore.

It doesn’t make one album better or worse than the other. They’re just… different. Like any sequel, it’s not so different that you can’t see the imprints of the original. But here, Swift is trying to stretch and refine a sound and producer who she clearly feels adds to her songwriting style. I still feel like these albums will be considered as a road to whatever she chooses her next destination to me. But, in this time of quarantine, this trip into the woods was a welcome respite.

One thought on “Lady Of The Woods: A review of Taylor Swift’s evermore”