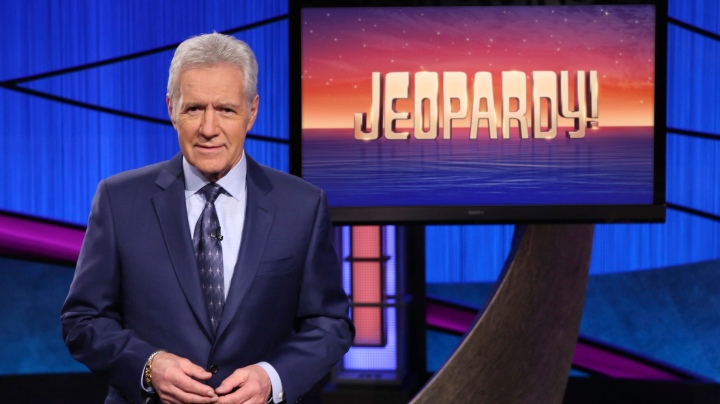 I’d like to answer, “What’s another way this year can suck?”, please.

Just hours after our country experienced the fantastic joy of a new president, we were given the news of the death of Alex Trebek, who passed away at the age of 80 due to complications with pancreatic cancer. While yesterday’s news made me happy, it didn’t affect me the way the news of Trebek’s passing did. Honestly, I’ve been crying on and off since I’ve heard the news, because America just lost a television icon, albeit one who was born in Canada (Trebek became a naturalized citizen in 1988).

I love Jeopardy! I’ve been watching it as a kid and I try and watch it whenever I can now. I know that I have said multiple times on this site that there has been no better television than the second season of Fargo. But, if I had to choose between Fargo and Jeopardy!, I would throw that little crime drama in the trash so fast that it would make your head spin. And a big reason for that is Alex Trebek. I have tried for the last ten seasons to get on the game show, and I have no idea how I would have acted had I met the man who I consider one of my heroes. Now I’ll never get that chance and I’m not handling it well.

Though not the show’s first host, Trebek is the only host I’ve ever known (he started hosting in 1984). The man just represented everything I love: a quest for finding knowledge, the spirit of trying your best and taking big chances, and rewarding that perfect combination of brains, skill, and sometimes pure dumb luck.

Through all of it was Alex Trebek. He always made it seem like the smartest guy in the room. Maybe he was and maybe he wasn’t, but he was never a dick about it. He was funny and charming. You could tell how much he enjoyed the segment right after the first commercial break when he got to talk to the contestants. Even when the people he was talking to wanted to talk about something stupid or asinine or something he knew nothing about, Trebek was a master at asking the right questions and making the right joke at the right time. His quest for wanting to learn as much as he could about the challengers was just as great as his quest for wanting to learn about history or Shakespeare or Dutch cooking.

Even when contestants didn’t know any of the answers in the category, Trebek knew that the people at home probably didn’t either. And he was always able to make it feel like that was ok. Being the smartest man in the room doesn’t mean you know everything. It means that you understand there are lots of things you don’t know and you should try and focus on those. In a time when so many people seem to be attacking science and education, you could always turn on your television and see Alex Trebek striving to make America better by increasing our knowledge.

I don’t know that I’ll ever be able to watch Jeopardy! again. I certainly know it won’t be the same. Whoever will fill Trebek’s shoes will be asked to fill in for the man who deserves to be on the Mount Rushmore of television game shows. Will they be able to succeed? I don’t know. But I know that Alex Trebek will be cheering them on from the beyond. He’s expecting us all to be our best.

Let’s not let him down.