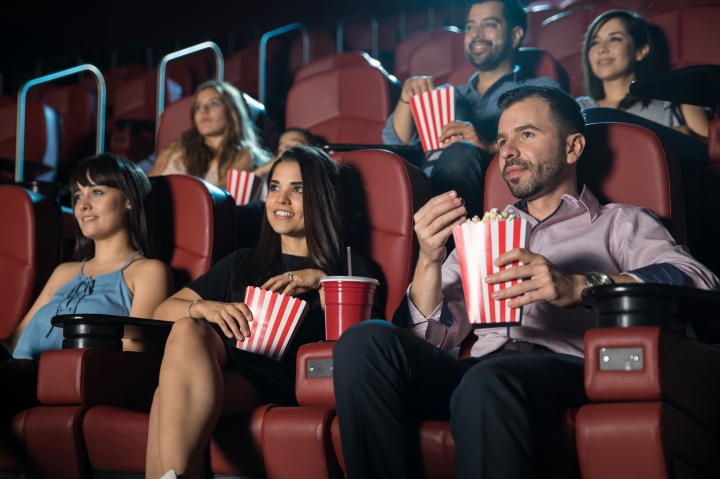 Man, I miss going to the movies.

I lamented earlier this year how I wasn’t comfortable going out to see Tenet, and I still wish I could go every time I see that trailer. But there’s just not a chance that it’s happening for me. Probably not until 2021, and honestly, who fucking knows?

I love the theater. Overpriced concessions. Annoying patrons. Not being able to pause even though I have to pee. That one kid who made fun of me for crying in my 3d glasses during the ending of Toy Story 3. All of those are worth the joy of seeing a movie on the big screen with a crowd.

There’s something amazing about seeing a movie with people. Something unpredictable. You never know what’s going to happen. And that’s kind of why we go to the movies. In my time away from the movie theater, I’ve been thinking about some of my favorite movie-going experiences. I hope you enjoy reading about them.

If you don’t remember, a large part of the marketing for The Blair Witch Project had to do with the fact that it was being passed off as a real documentary. We were to believe, going in, that the events of the movie actually happened. Which is why the following text begins the film:

In October 1994 three student filmmakers disappeared in the woods near Burkittsville, Maryland, while shooting a documentary…A year later their footage was found.

So, I’m sitting in the movie theater waiting for this to start. The text above is shown and a dude in the back (in an absolutely packed theater) yells out, “Hey, just so you know, this is all bullshit!”

And that’s rude, but also a little funny. But it doesn’t even come close to what is about to happen.

Someone up front yells, “Hey, why don’t you fucking shut up?” and that is met with the unsurprising, “Why don’t you make me?” and then the person up front runs to the back of the theater and begins fighting the dude in the back. Like, they both tumble down the stairs while fighting each other. They had to stop the movie so they could kick those two out…

And they were never seen from again.

I am so lucky that my wife enjoys movies as much as I do. We love seeing a film and then talking about it the whole ride home. A film we both loved is Paul Thomas Anderson’s The Master. However, there’s a very special reason I love this movie.

We’re seeing it on a Sunday night (which was our date night) in an empty theater. About twenty minutes in, a lone dude comes in and sits down in the row ahead of us. He’s in the movie for all of, maybe, 25 minutes before he stands up, turns to us, says, “This is dumb,” then walks out.

God bless that man. He knew what he wanted. And it wasn’t The Master.

One of my favorite people to see movies with was my friend Neil. He’s smart and funny and we just understand each other’s sensibilities. He’s in Ireland now, and I’m bummed we don’t get to spend the time hanging out at the movies like we used to.

So, we’re in Meet Joe Black. It’s just me and Neil and then the movie starts and, all of a sudden, a bunch (like 40) senior citizens come in. Maybe they were bussed in? Who knows? Anyway, then Brad Pitt gets hit by two cars like he’s Wile E. Goddamned Coyote.

Neil and I were both taken by surprise, and we are both laughing so hard, that every grey-haired senior citizen head is turned at us and glaring. Of course, this makes us laugh even harder. We can just feel the elder rage burning at us (we were probably 18 at the time) and, to us, it’s the funniest thing in the damn world.

One of the reasons John Krasinski’s A Quiet Place is so effective is that it knows how to use silence brilliantly. In a world where any noise could attract monsters who could come eat you, you need to hush, and Krasinski only allows a minimal score to appear in his film

Well, not when I saw it with my wife.

Right before the movie is about to start, an elderly couple comes in and sits in the front row. I know I’ve been picking on the elderly a little in this so far, but hear me out, because one of the couple has a fucking oxygen tank and it is fucking loud. This thing is hissing and wheezing working hard to give this gentleman air. Until something goes wrong with the tank and it starts beeping every few minutes.

The couple are in the movie with the hissing and wheezing and beeping for maybe 40 minutes before they decide the beeps are important enough for them to leave. After that, the movie got quiet. Too quiet.

You know how this shows up at the start of Star Wars films? The two nerds sitting next to us tried to get an applause break going for the Lucasfilm logo. No one enjoyed it and no one participated, and that caused me to cackle so loudly that everyone in the theater turned and looked and chuckled a little.

This one is my favorite, and it all happens before the movie.

I saw this at a midnight showing with my then-girlfriend (who would become my wife then ex-wife and now friend) who is a massive Tolkien fan. I wore my Mystery Science Theater 3000 shirt because, as I told he, the nerds would appreciate it.

“Matt,” she said, “Lord Of The Rings isn’t a nerd thing. I don’t think you understand what it’s all about.”

Cut to us sitting in the movie theater, as easily a half-dozen people compliment me on my shirt. Every time, I turn and just beam, but even I didn’t know how much better things would get.

Five minutes before the movie, a dude shows up in full Jar Jar Binks costume. The mask. The clothes. He’s even doing the walk.

And the Tolkien nerds are not fucking having it. They are booing and throwing popcorn and cursing this dude out and I cannot stop laughing. I rise to my feet to give the guy a standing ovation. Jar Jar, for maybe the first time, has found a fan. He looks at me and nods. I nod back.

That dude truly gets what going to the movies is about.

What is your favorite experience at the movies? Comment below!