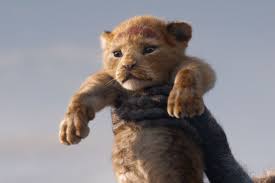 September is here. Labor Day has passed. The kids are back in school. This marks the end of the summer movie season, that beautiful period from May through August when the major movie studios only care about one thing: making that sweet, sweet, sweeeeeeeeeet paper. You want remakes? THEY WILL GIVE YOU REMAKES! You want sequels? THEY WILL GIVE YOU SEQUELS! You want compelling Oscar-worthy think pieces? FUCK OFF! THEY ARE TOO BUSY GIVING YOU REMAKES AND SEQUELS!

So, how did the studios do?

Well, if you work for Disney, you’re probably popping open the champagne right about now. Everything went bonkers for Disney, as it usually does. But this year was especially powerful for the House Of The Mouse, as their Marvel acquisition gave them Avengers: Endgame, THE HIGHEST GROSSING MOVIE OF ALL TIME! And that’s the last we’re going to be talking about that movie, because it wasn’t even a summer release! It came out in April. Disney had a very good year.

As for the other studios… well, Disney had a very good year.

None of the comedies released this summer (Long Shot, Late Night, Stuber, The Hustle) really found a massive audience to connect with. Dark Phoenix didn’t perform for Fox and Men In Black: International was a stinker for Sony.

There are currently ten movies which had summer release dates which grossed over $100 million domestically. And, of course, I saw them all. Let’s examine them, in ascending order of sweet coin obtained and ask two questions:How successful was the movie? And was the movie any good?

GODZILLA: KING OF THE MONSTERS

HOW SUCCESSFUL WAS THE MOVIE?: Thanks to the worldwide numbers, Godzilla:King Of The Monsters more than doubled its budget ($170 M), almost guaranteeing the continuation of Warner Bros.’ series of monster films and the return of the big green lizard. Plus, American audiences were excited for the film as it opened #1 at the box office.

WAS THE MOVIE ANY GOOD?: With King Of The Monsters, Dougherty answered the critics of 2014’s Godzilla who complained that there just wasn’t enough… well, Godzilla. This film has a bunch of monsters and a bunch of monster fights and those are fun. And it’s almost enough to rise above a pretty insipid story and paper-thin cliche characters, all of whom are on screen way too long and can’t justify how forgettable they are.The film is… meh, which you shouldn’t be when you’re featuring the King Of Fucking Monsters.

ONCE UPON A TIME IN… HOLLYWOOD

HOW SUCCESSFUL WAS THE MOVIE?: It only took 3 weeks for the domestic gross to eclipse Tarantino’s $90 M production budget. Also, with an opening weekend of $41 M, Tarantino got to have his highest grossest opening weekend ever, though would have to finish in second place behind The Lion King’s second week. And this point bears mentioning: it is the only film on this list that is not a remake, sequel, or based on any prior known entity (see the next film).

WAS THE MOVIE ANY GOOD?: There are 15% of critics who could not recommend this film, and they are all fucking idiots. This is, as of this moment, my favorite movie of 2019, and maybe my fourth favorite Tarantino film, which is saying something when you consider his body of work. This love letter to the Golden Age of Hollywood is captivating and smooth and funny and powerful. It is Tarantino at his best and modern filmmaking at it’s finest. I find it hard to believe this won’t be my top choice at the end of the year.

HOW SUCCESSFUL WAS THE MOVIE?: Pokemon: Detective Pikachu was unable to win it’s opening weekend, but it lost out only to Endgame, which every film was doing, so it’s hard to be disappointed. The film basically used the domestic budget to balance out the $150 M budget (by no means a guarantee), and let every dollar from the foreign markets, where this film was guaranteed to crush, come in as profit.

WAS THE MOVIE ANY GOOD?: I don’t know that I’m the right person to answer that. This movie is clearly made for people who LOVE Pokemon, and that ain’t me. There’s a language and understanding that I think the film demanded you have going into the film, and I appreciated that it didn’t stop to explain every moment. They made a movie for fans, and every fan I know who saw this movie liked it. As for my perspective, the story is fine and I got some laughs. I didn’t find the action sequences to be as exciting as I was hoping for, but it was a good time at the theater, and there’s not a lot more you can ask out of a summer blockbuster.

THE SECRET LIFE OF PETS 2

DIRECTOR: Chris Renaud (The Secret Life Of Pets, Despicable Me)

HOW SUCCESSFUL WAS THE MOVIE?: I mean, there are so many different metrics with this film. It only made half of the money of the original. But, it dominated its opening weekend and went on, domestically, to double the budget. Universal was probably hoping for bigger numbers, but they have to be very satisfied with what they got.

WAS THE MOVIE ANY GOOD?: You know what? Yeah, it was. I actually liked this film considerably more than its predecessor. It has a real heart that shows throughout the movie, and while I’m not terribly fond of the ending, it tries some things to wrap all of the storylines together. Patton Oswalt does a good job replacing Louis C.K., and the rest of the returning cast have a fun chemistry that make this a pretty enjoyable film.

HOW SUCCESSFUL WAS THE MOVIE?: The movie opened with a massive $60 million weekend that dominated the box office. While it is currently the least grossing of the past five Fast & Furious movies, there was no danger of the film not making back it’s roughly $200 million budget.

WAS THE MOVIE ANY GOOD?: I mean, the title has two ampersands in it… how could this not be an awesome movie? Hobbs & Shaw is a lot of fun based on the chemistry of Statham & Johnson, while Idris Elba is chewing all of the scenery he can as the villian and making it work. The last third of the movie has some problems, but everything leading up to this is an absolutely wild ride that made it worth the trip to the theater.

HOW SUCCESSFUL WAS THE MOVIE?: There is no metric in which John Wick:Chapter 3- Parabellum wasn’t a smashing success. It was the first film to overtake Endgame at the box office. It was the most successful film in the franchise. It basically made the film’s budget back on opening weekend. It’s one of Keanu Reeves top five highest-grossing films (thought not even his highest of 2019). And it has both a colon and a dash in the title. This film had everything.

WAS THE MOVIE ANY GOOD?: As the J-Dub franchise has gone on, the action sequences have become more intense, more bloody, and more difficult to stop your jaw from dropping. I love that. However, this film also dealt more and more with the minutiae and detail of the “High Table” which I found a snooze. Thankfully, this film ratchets up and goes for broke and is definitely one of the better films of 2019.

HOW SUCCESSFUL WAS THE MOVIE?: I mean, it made A BILLION DOLLARS worldwide. I don’t think Pitbull has made a billi and he’s Mr. Worldwide, for Christ’s sake! It opened on a $90 million weekend… then went on to make A BILLION DOLLARS. Yeah, the film did fine.

WAS THE MOVIE ANY GOOD?: This movie had me concerned until the appearance of Will Smith as the genie. I didn’t know what Ritchie was doing and these songs and characters I loved were just… boring. Thankfully, Smith comes in and has that movie star charm. He carries the film as much as he can, but Ritchie doesn’t bring anything new and the film just kind of meanders along.

HOW SUCCESSFUL WAS THE MOVIE?: It outperformed Spider-Man: Homecoming, Took home nearly $100 million in it’s opening weekend, and is Sony Pictures’ third highest grossing film of all time. I think Sony execs are very happy with how this film performed.

WAS THE MOVIE ANY GOOD?: Man, this film was so good. It was a fitting transition film between this last Marvel stage and the upcoming one. While filled with action and jokes, it also allowed filmgoers moments of somber reflection as we watched Peter Parker (Tom Holland) bid farewell to a mentor and hero. Watts balanced a lot of tones really well here.

WAS THE MOVIE ANY GOOD?: If not for Tarantino and Hollywood, Toy Story 4 would be my favorite movie of the year right now. It’s so smart and so funny and asks (and answers) all of the right questions. Forky is the best thing that happened to movies all year. It’s for kids, it’s for adults; it was certainly for me. One of Pixar’s best films.

HOW SUCCESSFUL WAS THE MOVIE?: It’s the seventh-highest grossing film. Of all time.

WAS THE MOVIE ANY GOOD?: I mean… it tries. I’ll give it that. It looks gorgeous, but the animals look TOO real, which means they can’t emote. Lions don’t get existential. They’re just fucking lions, ya know? Billy Eichner and Seth Rogen do a nice job trying to elevate the material and there are moments in this film that are visually stunning. It’s mind-boggling how they create some of the sequences in the film, but The Lion King misses the heart of the 1994 original.