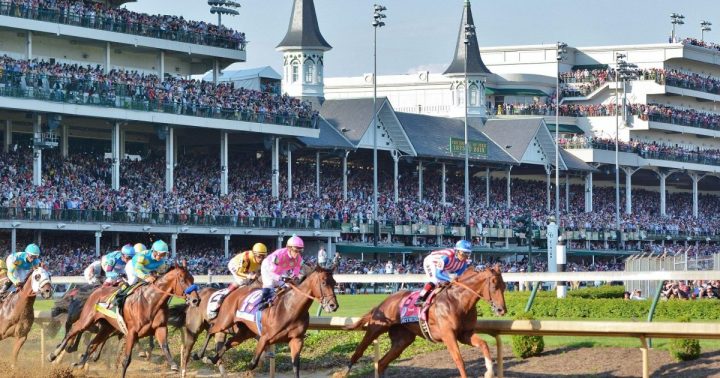 Every year, thousands congregate, participate, and millions view the Kentucky Derby. But the question on everyone’s mind is the same- how did this happen? For nearly a century and a half, the Commonwealth’s signature event has been one of America’s great pastimes. Though the race only lasts a few minutes, the tension could fill a Safdie Brothers movie. There have been changes to the race, and there are plenty of mysteries surrounding it, and I am here to uncover it all for you on this sacred Saturday in May. Come along. I might just teach you something.

In the late 19th Century, the land we now know as Churchill Downs was just a simple graveyard. When James Derby, the then Governor of Kentucky, said the land was to become a horse racetrack, many were confused. For in 1867 Kentucky, no one had ever seen a horse up close. Many considered them to be mythical creatures, akin to Pegasus, the Minotaur, or whomever else Hercules fought on his TV show.

When Governor Derby declared horses legal in the Commonwealth of Kentucky, a Virginia businessman named Virgil Edwards was the first to bring them over. People were amazed, surprised, and angry. How could God create a creature so beautiful but yet not give it the ability to speak like a man? Edwards was sent into a deep depression, eventually taking his own life by being trampled by his own horses. Edwards’ son, Edward, took it upon himself to breed the first talking horse. His grandson finally achieved it, and the horse became a star on the new medium of television. But that’s a story for another time.

It took six and a half years to accomplish, but when the graves were cleared and the race track built, the first grand horse race was announced to be the first Saturday in January, 1874. It was only fitting that it would be named after the man who changed his state- Governor James Derby. Kentucky for the name of the state in which it took place, and Derby for the last name of the aforementioned man.

The original race track was two miles long and the horses were to run two hundred fifty laps, equating five hundred miles. Unfortunately, horses are unable to accomplish that feat, and given the immense strain on their bodies as well as the blizzard and negative temperatures (adjusted for wind chill), all 16 horses died between laps three and five. The horse that ran that farthest, Old Dandy Boy, was declared the winner posthumously upon his collapse.

Immediately following the success of the first race, a second Kentucky Derby was planned. This time, the race would only be one lap, and the track would be shortened to a mile and a half, also allowing more room for the barbecue pit that awaited any competitors who were unable to finish the race.

It was then in May of 1875 that the Kentucky Derby as we know it began in earnest. The race was moved to late springtime in order to avoid the meteorological difficulties of the prior year. The first horse to win the modern derby was Hickory Bones: The Horse With Bones Of Hickory!, who finished the race in a blistering four and a half minutes before falling exasperated across the finish line. He was delicious.

The second race was set to kick off a six month celebration of the five year anniversary of the Great Chicago Fire. Needing a gimmick to attract people to the racetrack, the former governor and current horse breeder James Derby decided this year’s horses should run the race while engulfed in flames. Unfortunately, in an accident that can only be described as making sense, Derby was killed when he tried to pour kerosene on his horse, appropriately named I’m Not For Flamin’. The horse kicked him in the head so hard that his head went back into his body and he kinda looked like a turtle. He was delicious.

By 1890, the Kentucky Derby was the biggest sporting event on earth, probably. Nobody had invented the NBA Finals yet, so Americans were in the dark all but one day a year. Fearing that the spectacle was too long, race officials shortened the track again, this time to a mile and a quarter, where it remains to this day. Sadly, they also increased the number of horses from 16 to 60, which lead to several deaths and an unfortunate situation that resulted in an 800-pound ball of horse and man meat

It wasn’t until the Great Depression that sorcery and witchcraft really grabbed hold of the event. You’ll surely not be surprised to learn that the film Child’s Play was actually based loosely upon the history of the Kentucky Derby. That’s right! In 1932, breeder Dick Purdy was without a horse capable of running the race. “They’re all too stupid, see?” He was desperate to win any amount of the forty dollar purse, so in a ritual upon the stroke of three, he stabbed himself in the neck and recited a spell that cast his soul into one of his horses which he had entered under the name A Normal Horse. He finished sixth.

Since then, it has been an annual rite for the year’s previous winning jockey to be sacrificed on an altar of roses a week prior to the race. His blood is collected and sprinkled upon the race track while reciting “SANGUIS EQUIS, SANGUINEM HOMINUM, TENETUR IN VICTORIA” which in latin means “blood of horses, blood of men, bound for victory”. This, along with the angry spirits of the bodies left under the track due to the track builders just moving the headstones, creates an annual summoning of souls to the race track. From far and wide they come in their best attire, drinking mint juleps from the hoofs of former derby winners. The Kentucky Derby has become as American as war, income inequality, racism, and baseball.

In 2020, Authentic won the Kentucky Derby amid the Coronavirus Pandemic, giving Trainer Bob Baffert his sixth win in the race, tying the record.

It is here, today, that the grand vision of James Derby once again takes place. For a mere two minutes, attention will be turned to mythical beasts ridden by small humans. Now, we stand upon the shoulders of all who came and died before us. The words have been spoken. The blood has been spread.