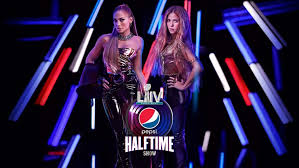 Last night, the city of Miami and millions of people all over the world were treated to an exciting and exhilarating display of athleticism and a wonderful reminder of what we all can achieve if we are willing to put in the effort.

Also, there was a football game.

This year’s halftime show [sponsored by Pepsi, makers of Wild Cherry Pepsi (#WCP), of which site co-founder Jack Baker and myself share a deep love for] featured Shakira and Jennifer Lopez and was an absolute joy to watch. There was pole dancing and hip shaking and kids in cages for some reason. Two of the biggest names in hip hop today, Bad Bunny and J. Balvin, made appearances. Between the drumming and dancing and kinda obvious lip syncing, a good time was had by all.

Because the internet is what it is and because, apparently, some people didn’t expect the shaking of butts and hips from these two artists, there was a small, yet vocal share of fuddy-duddies who were not on board with what the maker of #WCP was happy to present to us.

Fortunately, I am not alone.

For those who called the event too sexual, I didn’t see that. I saw two empowered wonderful women having the time of their lives. And let’s talk about these women for a second. Shakira is 43. Jennifer Lopez is 50, which not only makes her older than Ted Cruz, it makes her the same age Wilfred Brimley was when HE STARRED IN COCOON! Both of these women are older than me, and I continually hurt my knees just from falling asleep.

If I can dress like that and dance like that when I’m fifty, that’s all I’m going to fucking do forever.

For those people upset that the show got political, with children in faux cages and J. Lo displaying the Puerto Rican flag, eat a bag of poop. We live in political times. There are kids in cages. If people want to talk about it, they should have the right to do so in whatever platform they see fit.

Tonight was not going to be for everyone. Hell, the Super Bowl isn’t for everyone. But, in a year that so far has turned out to be kind of a bummer, two women took to the stage and brought us joy and energy and excitement. It was the musical and visual equivalent of a delicious and refreshing Wild Cherry Pepsi.

And I was all in.