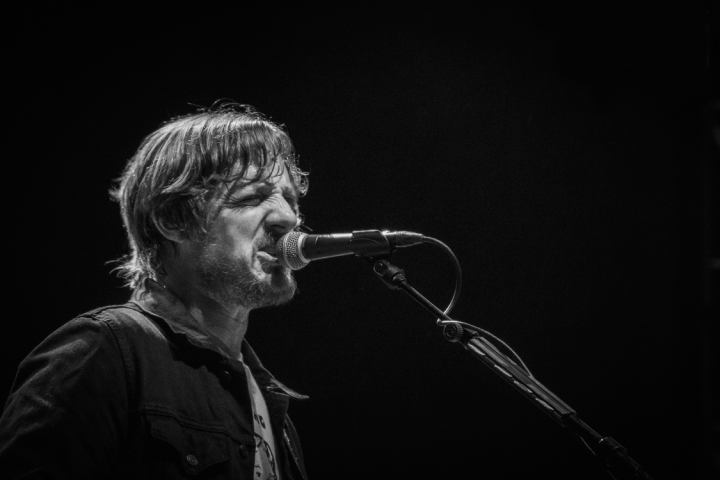 In Sound & Fury, Sturgill Simpson doesn’t make music for you. He makes it despite you.

“Southern samurai glam rock” may sound like an excerpt from a lazy game of Mad Libs, but it’s the best description I could muster for Sound & Fury, the fourth studio album from Grammy winning artist Sturgill Simpson.

Once the heir apparent to the fiefdom Dave Cobb built for outlaw country revival, the main thread holding each of Sturgill’s albums together is how much they distance themselves from the last. None more so than Sound & Fury, which takes any trace of bluegrass twang and buries it under a heap of sleethy synth-rock riffs. 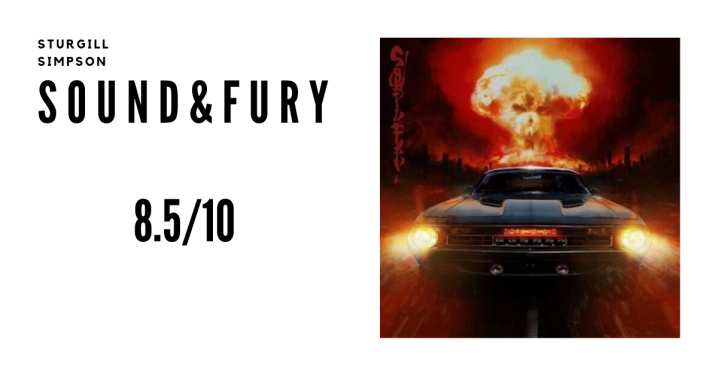 It’s a genre-blending journey through all the eclectic complexities that make up Simpson as an artist, the sum of which is insurmountably greater than its parts. Though, for what it’s worth, the same could probably be said of his two previous albums. To make a better ally of brevity: It’s a God damn trip, man.

The album opens with footsteps crunching on gravel, a car door slams, ignition turns, and the cams of the engine rip open, before flooring it down the gravel road. In the album’s accompanying anime released on Netflix, this is seen as the film’s neo-noir protagonist leaving a dilapidated, post-apocalyptic gas station. But it is perhaps better imagined as Sturgill leaving Nashville critics in the dust as he guns it away from any semblance of the sound that made him famous, his middle finger waving out the driver window.

Though not a straight concept album, like his previous album A Sailor’s Guide to Earth, which was written as a letter to his then unborn son, Sound & Fury is best listened to as a single, cohesive piece (please don’t make me use the phrase “rock opera”). Both sonically and thematically, each song effortlessly blends into the next.

Even songs as contrasting as the album’s second track, Remember to Breath, which takes harrowing vocals over synthed East-Asian wind instruments and slams them into a stomping guitar riff, and the penultimate song, Mercury in Retrograde, a bubbly pop-funk jam, fit beautifully together in the whole picture of the album. Different chapters in a larger narrative.

If the album does have one pitfall, it’s that Sturgill’s Merle Haggard-like vocals can at times be lost in the wash of an overbearing orchestra of instruments. This is no doubt done by choice, but looking back through his previous albums, Simpson is often at his best when pointed lyrics are given room to breath.

In the song Living the Dream, the third track off the album that launched him to fame, Metamodern Sounds in Country Music, Sturgill litters the track with heavy guitar riffs that would split and multiply on Sound & Fury. Despite this, a soul bearing chorus cuts through:

Lyrics like this are plenty on the new album, but at times find themselves drowning in a sea of organized chaos, struggling to find air amidst waves of roaring guitars and incessant sweeping soundscapes.

The album outros with (if you can call a song that makes up almost a fifth of the album an “outro”), the track Fastest Horse in Town. Standing on the shoulders of 90’s grunge, this song emanates a Queens of the Stone Age vibe, which this album has been compared to often since its release last week.

“Everybody’s trying to be the next someone/Look at me, I’m trying to be the first something” roars Sturgill, before we are brought back to the same car from the album’s opening, flipping through radio stations, and roaring down an empty highway.

None of us know what the next Sturgill album will sound like, it’s possible even he doesn’t. One thing is certain though, he is leaving this sound just as soon as he found it, and he doesn’t give a shit if you come with.