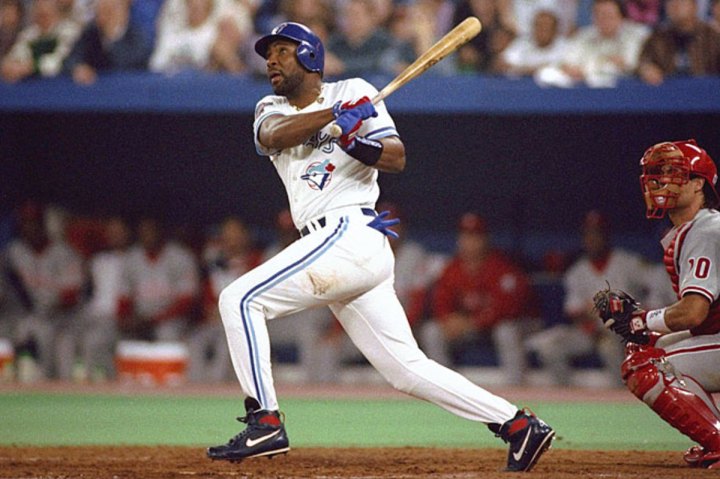 There are two ways to end a baseball game- either the final out is recorded, or the winning run is driven in. In the 1992 World Series, the last out was a failed bunt by the Braves’ Otis Nixon, easily scooped up by Blue Jays pitcher Mike Timlin and tossed to first. It was a simple play, one that Joe Carter had fielded hundreds of times before. As he clenched the ball, he started jumping around like a kid, elation overtaking his body. Carter had caught the last out of the season.

The following year, the Blue Jays were back in the World Series. Back then, home field advantage merely alternated between the leagues. So that meant game six in 1993 would be played in the American League park. The Phillies held a 6-5 lead going into the bottom of the ninth, hoping to force game seven. Rickey Henderson was at second, Paul Molitor was on first representing the winning run. Mitch Williams ran a 2-2 count on Carter, regaining the advantage on a slider inside. The next pitch was a near carbon copy of the one Carter had missed, but he swung again anyway.

END_OF_DOCUMENT_TOKEN_TO_BE_REPLACED 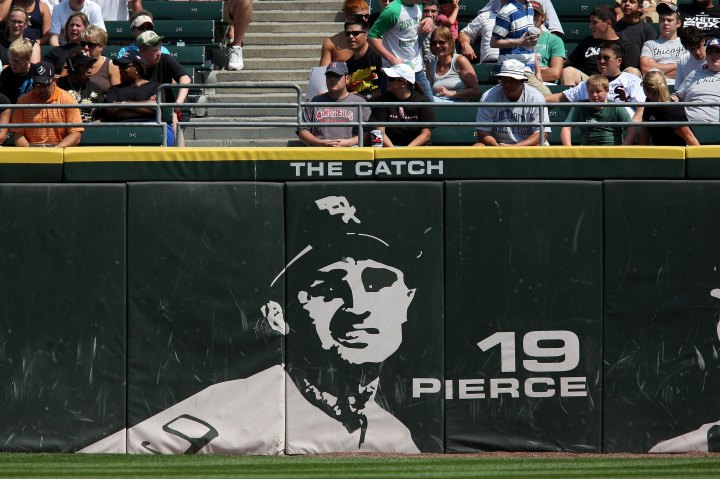 There’s a warm static over the ballpark on Chicago’s south side. Typically by this time in late July, the weather is overbearing. Today, however, is unlike most days before it. An unseasonably cool stretch had this game begin in weather echoing late spring, and the giddiness that annually comes with that was palpable as well. Through eight innings, the Tampa Bay Rays have brought twenty-four men to the plate. None have reached base. Mark Buehrle, the White Sox’ quick-working ace is inching closer to one of the rarest feats in professional sports- the perfect game. Manager Ozzie Guillen, a White Sox folk hero in his own right, has made a defensive substitution to start the final frame. He is pulling Carlos Quentin from left field, sliding centerfielder Scott Podsednik into his place, and bringing DeWayne Wise into the game to play center. The move is to shore up the defense for two-thirds of his outfield ahead of three consecutive right-handed hitters to end the game. The first of these, Gabe Kapler, fouls a few pitches away, takes a ball high out of the zone, and stays alive. The next pitch will be remembered forever in the Windy City.

END_OF_DOCUMENT_TOKEN_TO_BE_REPLACED 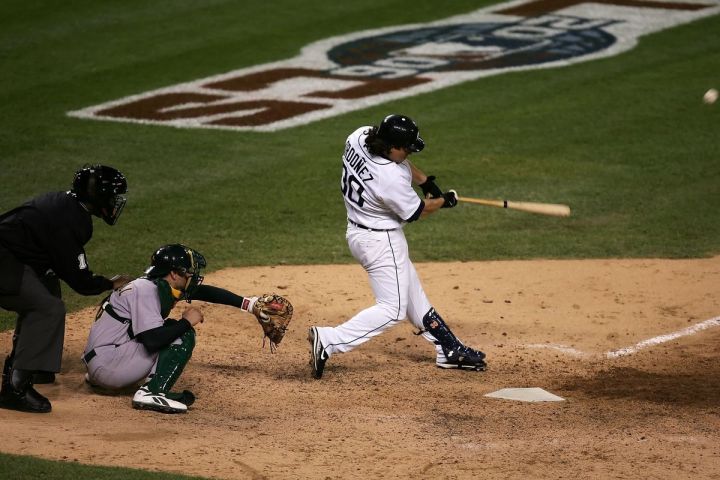 It’s October, something unfamiliar to the Detroit Tigers. The last time they won a playoff series was the 1984 World Series, twenty-two years in the rear view mirror. They’ve already won one this year taking three straight games over the dreaded Yankees after dropping the first. Tonight, they could sweep the perennial postseason participant Athletics. The game is tied at three as it turns to the bottom of the ninth. The first two Tiger batters went down quickly, Marcus Thames on a flyball to center and Curtis Granderson, in his first full season, on a liner to right. Craig Monroe singles. Placido Polanco follows suit. The pennant-clinching runner is in scoring position. In steps Magglio Ordoñez, the ten-year veteran from Venezuela. His opponent is the 2005 Rookie of the Year, Huston Street. They had only met twice before, the first time back on July 4th of the current year, when Street got Ordoñez to strike out swinging on four pitches. The second, three days earlier that ended in a groundout. But every at bat is another chance to undo a previous mistake. Comerica Field is shaking in anticipation of a World Series berth. Magglio steps into the batter’s box, grinds his front cleat against the dirt to get a strong foothold. Street gets the sign, winds and delivers.

END_OF_DOCUMENT_TOKEN_TO_BE_REPLACED 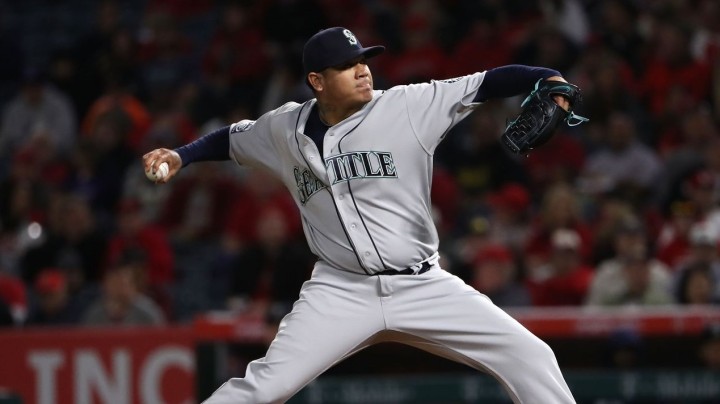 It’s a clear, cool night in Anaheim. The season is not yet a week old, and trends from the prior year linger like cirrocumulus clouds dotting the sky just west of the ballpark. The Seattle Mariners have lost four of their first five games. They’ll lose this one too, despite beginning the game with a pair of runs off of Angels’ pitcher Ricky Nolasco. It’s April 8th, 2017. The Mariners’ starter is Felix Hernandez, King Felix to the Seattle faithful. He’s in the twilight of a career that included a Cy Young award, a perfect game, and not a single start in the postseason. Hernandez gets Angel hitters Yunel Escobar and Kole Calhoun to ground out to start the bottom half of the first inning. Into the box steps the best player on Earth. His name is Michael Nelson Trout, Mike for short, and he’s the reason many people are watching this game.

END_OF_DOCUMENT_TOKEN_TO_BE_REPLACED 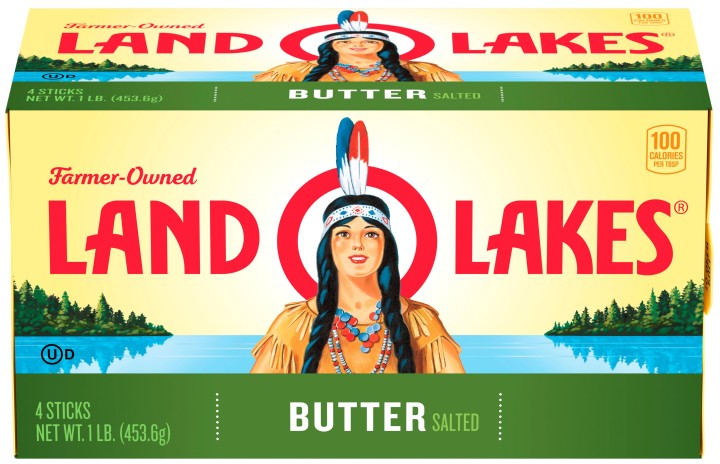 We’re all trapped in the amber of whatever this moment is, yet life goes on. It seems like eons ago that Planter’s killed off Mr. Peanut, beloved talking food item, only to resurrect him in the form of Baby Nut, one of the most vile and despicable creatures any of us have ever seen. Brands change, mascots need a refresh, and sometimes the hardest decision of all must come- to lose the mascot entirely. I awoke Saturday morning to the news that Land O’ Lakes, the butter behemoth based in Arden Hills, Minnesota, had ditched its mascot. To the uninitiated, Mia (she had a name, dammit!) appeared to be just a vague stereotype of a Native American woman. To me, she is something much more cognitively sinister.