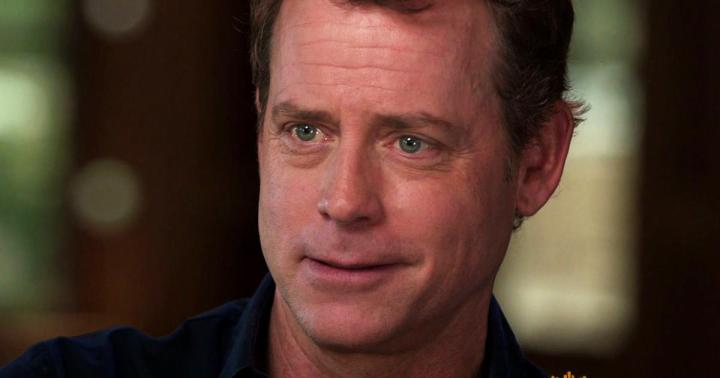 It was a lazy July evening, one not without the typical musings and trappings of summers gone by. The fireflies were gesticulating their way to an early grave. The yearly rite of this year’s asphalt patches melting, then oozing down gravity’s rainbow. I had received a letter from a reader who wished to remain anonymous. She then slipped up and signed Agnes Cartwright at the bottom. The letter contained a vision she had been blessed with earlier in the week, shortly after elderly and compromised immunity shopping hours. The lady Cartwright believed she had seen star of stage and screen Greg Kinnear shopping for groceries. Central Indiana’s favorite investigative reporter was on the case.

I arrived at Kroger around eight-thirty. The sun was still holding court over the area, and I had prepared by bringing a flask of homemade Gatorade. My task was to interview anyone on the scene and find out if the As Good As It Gets actor had in fact been there on Monday. Perhaps he was on his way to Logansport, his place of birth, to retrace his steps to greatness. My research was rather thorough, but the puzzle was far from coming together.

Kinnear, who has played both John F. Kennedy and Joe Biden on television, has a rather recognizable face.

America holds 100% of the world’s Greg Kinnear reserves, so its more than likely that he would in fact be found in Indiana over, say, Bosnia. By process of elimination, he wouldn’t be in any of the filler states: North Dakota, Kansas, Ohio, Florida, or the rest. You know, the ones that don’t matter.

Maintaining proper social distance while investigating is pretty easy. I pretty much just walked around the store, saying “ey did you see Greg Kinnear was here this morning? Crazy,” to see if I could get a reaction out of someone. By the time I had reached the meat counter, I had experienced Kinnear deniers in full force.

Why the hell would he come around here? Are they filming Heaven Is For Real 2 in town? Come on. No way a man like that needs to shop in a place like this.

It was then that I was knocked out and whisked away into a back room by three men in ski masks. I have a bad right shoulder, and I was pretty peeved that they didn’t just ask me to follow them. Once I came to, I was in the freezer where a lot of the more sensitive produce is kept. Frankly, it smelled pretty good in there, and I’m always warm so I was pleasantly surprised.

“Who told you about Kinnear,” one masked man said. Another quickly chided him, saying, “great now he knows its true.” The mystery solved, I asked to be set free. They declined. The third person, sitting in a chair at the far corner of the large cooling room, was unmoved. It was clear to me that this was their leader.

“Who’s the kingpin over there,” I said. The first person, clearly the more dimwitted of the two, cracked me across the mouth with the back of his hand. Underneath my face covering, I could feel the taste of fresh blood. I knew then I was in trouble. The masked figure in the corner stood and walked slowly over to me. Their gloved hand reaching for the ski mask, pulling it up. My jaw could have hit the floor if it was not suspended to my face gently by a medical-grade face mask.

It was Ed Harris.

“Listen here, kid,” he said before I cut him off.

“Shut it. Now I don’t now who told you about Greg, but you need to forget it and move on. You’re in way over your head here.”

“Uh Houston, we’ve got a problem,” I said, aping the line Tom Hanks says to him in the 1996 comedy Apollo 13. “I’m a reporter. I have to inform the people of this town what is happening here. I can’t just let this go.” I took a deep breath and thought of my family and my duty to my readers. “You’re gonna have to kill me.”

A trio of clamoring “whoa” “hey” “c’mon now” from Harris and the other two overwhelmed the room. Harris, star of several movies where you find out he was secretly the bad guy the whole time and some where he’s just the bad guy from the outset, stepped in close to me. All I could see were his icy blue eyes over what looked like one of those face coverings that closely resemble those of the immortal, elemental ninjas from Mortal Kombat.

“No, that is an N96. Only celebrities get access to them,” the first goon said.

“Shut it! DQ, get this baffoon out of my sight,” said Harris.

DQ. Something about that voice clicked in my head and now it was all coming together.

“What about my films?” the younger Quaid asked.

Dennis Quaid was about to attack me when a voice from outside the door cut through the tension like God separating the light from the darkness.

“Stop it. He needs to know. The people need to know. Its time.”

As a shadowy figure appeared in silhouette, lumbering toward us, I could tell it was him.

It was Greg Fucking Kinnear.

“You see,” he said. “In the late 1990’s, Hollywood was at its peak. Films like Twister and Dante’s Peak had captured the imagination of America. But the internet was coming of age and we all knew it would ruin the illusion of filmmaking. People would know that Sean Bean didn’t really die in Goldeneye, being revived again and again to be killed once more. They could look him up online and see that he was in fact still alive for the first time. This information, along with the knowledge that all movie marriages were not actually legally binding, could make movies obsolete. So we came up with a plan.”

What he said next will haunt me the rest of my days. Unfortunately, in perfect timing, my phone ran out of space and the recording had stopped. I didn’t realize this until I got home when I listened to the entire four-hour audio file. So here is the gist of the exposition:

There was some other stuff, but its probably not important.

So Agnes, thank you for writing in to Eye On Plainfield. I can definitively say that yes, it was Greg Kinnear of Auto Focus fame that you witnessed at Kroger. If you see him again, say hello! You never know which talented face will pop up the next time you’re on the hunt for leeks.

2 thoughts on “EYE ON PLAINFIELD: GREG KINNEAR SPOTTED AT KROGER”